Obama: Russian speakers inside of Ukraine bearing brunt of fighting 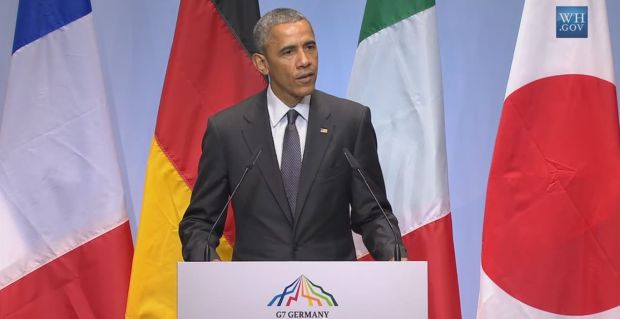 "Ironically, one of the rationales that Mr. Putin provided for his incursions into Ukraine was to protect Russian-speakers there. Well, Russian speakers inside of Ukraine are precisely the ones who are bearing the brunt of the fighting," he said.

"Their economy has collapsed. Their lives are disordered. Many of them are displaced. Their homes may have been destroyed. They’re suffering. And the best way for them to stop suffering is if the Minsk agreement is fully implemented," Obama said.

"Ultimately, this is going to be an issue for Mr. Putin. He’s got to make a decision: Does he continue to wreck his country’s economy and continue Russia’s isolation in pursuit of a wrong-headed desire to re-create the glories of the Soviet empire? Or does he recognize that Russia’s greatness does not depend on violating the territorial integrity and sovereignty of other countries?" he added.