More than 50 explosions at petroleum depot near Kyiv 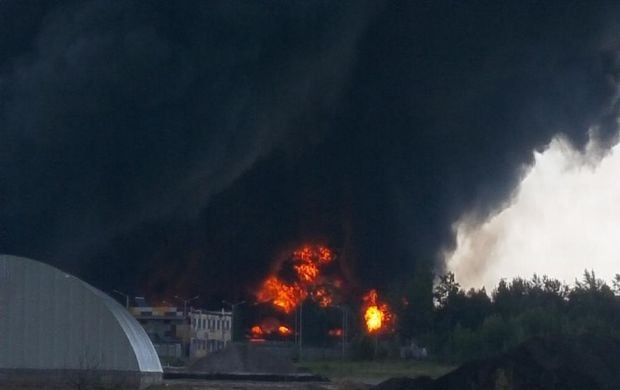 "In the last half hour, there were more than 50 explosions. The area of ​​fire increases with every minute," the reporter said in a live report at 0900 on Tuesday.

The rescue teams say they do not have enough equipment to fight the growing fire.

According to the reporter, rescue teams have evacuated people in the area of ​​the burning fuel tanks away from the vicinity of the fire.

"People withdrew 600 meters away from the fire, as there is another danger – there are a dozen of tanks near the burning tanks... Each of them has 5,000 tonnes of fuel and could explode at any moment," reads a statement by emergency workers.

As reported earlier, the explosion that occurred at a petroleum depot is reported to have killed several firefighters. Soldiers from the National Guard of Ukraine have been deployed at the scene.

According to reports from law enforcement bodies, the fire at the fuel depot near Kyiv was probably caused by the careless use of equipment during an attempt to steal oil.