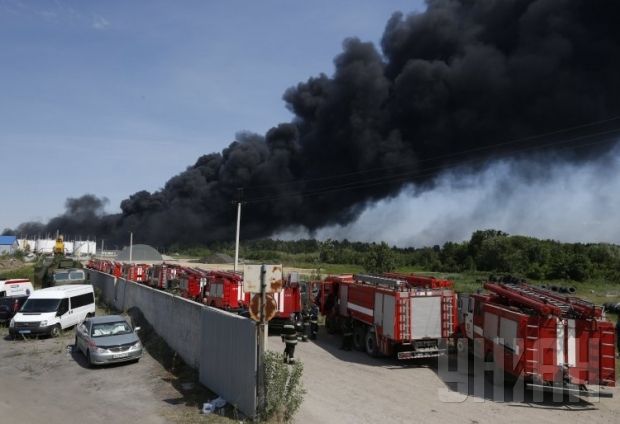 "Fire in Vasylkiv: as of the morning, four tanks have completely burned out. The fire is under control. Firefighters are controlling the perimeter," he said.

The fire has already killed four people: three rescue workers and one employee of the oil depot. Another twelve people have been injured.

In general, a total of 17 tanks are located at the oil depot.