Moscow court may extend Savchenko’s arrest for another three months 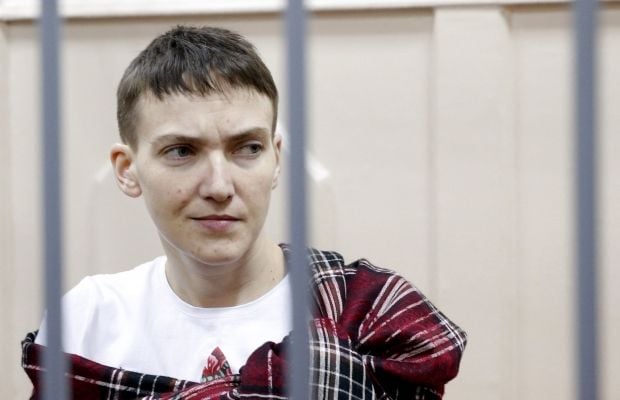 According to the report, Savchenko was brought into the courtroom by ten armed guards. She was kept in a Perspex cage. In addition, the cage was surrounded by police so that the public in the courtroom could not see her.

At the same time, Savchenko appeared to be cheerful and, as usual, she spoke in Ukrainian through an interpreter.

"The Investigative Committee of the Russian Federation has filed a new petition for an extension of her arrest for another three months. The old arrest expires on June 30, and the investigators decided to hurry up and extend it in advance," Savchenko’s lawyer Ilya Novikov told an UNIAN correspondent.

"They are repeating the same thing they have already done five times. The only difference is that since the arrest is being extended for a period of more than a year, according to the Russian law, the case must be transferred to a higher court. In this case it will be Moscow City Court," he said.

"There is no difference between Moscow’s Basmanny court and Moscow City Court. I wish there to be no illusions about this," Novikov said.

Savchenko’s sister Vera and MP from the Batkivshchyna party Ivan Krulko were in court to support Nadia. In addition, the employees of the Ukrainian Embassy and other countries, as well members of the Russian public came to the court.