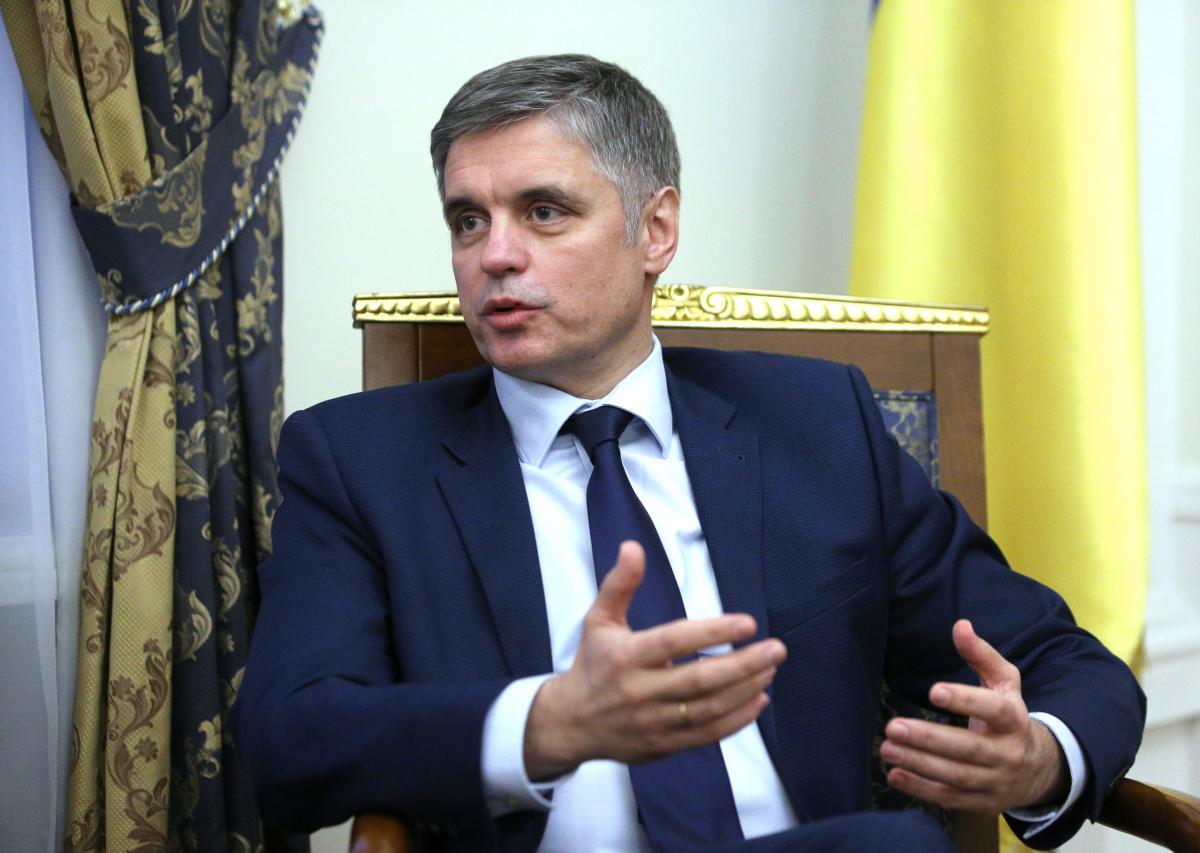 President of Ukraine Volodymyr Zelensky at the next summit of the Normandy Four leaders will raise the question of the transfer of control back to Ukraine over the Russian-occupied sectors of Ukrainian-Russian border in Donbas, says Foreign Minister Vadym Prystaiko.

The minister recalled that the next meeting of the Normandy Four leaders was tentatively scheduled for April. "The last time we managed to agree on seven main positions. Among which there was no place for the issue of the border," Prystaiko told a TV panel show on ICTV.

"But that's exactly how President Zelensky poses the question, and at least the first step that we offered to the Russian Federation that we take is to create a special working group to deal with this question [of the border]," the foreign minister said.

According to him, this working group should determine how full control over the border shall be transferred to Ukraine, and how many efforts and steps are required to this end.

"As of today, such a group has not yet been set up, and that's why President Zelensky, like last time, will insist that the issue be considered and remain among the priority ones," Prystaiko said.

Read alsoUkraine seeks to hold local elections as early as this fall, including in Donbas and Crimea, president says

He also said that the first package of Minsk agreements back in 2014 provided for a security corridor under the OSCE control along the Ukrainian-Russian border. "Unfortunately, most people forgot that such an agreement had been reached, and in this context, our negotiations aren't progressing," Prystaiko said.

The minister added that the ceasefire is still on the agenda, another priority issue is the exchange of held persons, and access to the occupied territory of the International Committee of the Red Cross. Prystaiko said that all these issues will be raised again at the next Normandy Four summit.

The foreign minister also added that he had agreed with his German counterpart Heiko Maas that before the summit it would be necessary to study progress on Donbas settlement.

Read alsoAvakov elaborates on idea of joint patrolling in Donbas

"We agreed with the German Minister Maas that we will definitely find time to look at the progress that would be made and hold a meeting at the stage where our experts have enough grounds. After that, we will be able to convey to the leaders [proposals] regarding further steps," Prystaiko said.

Russia said that the decision to hold the next summit would be made based on progress in implementing the existing agreements.

If you see a spelling error on our site, select it and press Ctrl+Enter
Tags:RussiaDonbasborderNormandyFourMinskAgreementsPrystaikosettlementZelensky