The Ukrainian judges are not scheduled to meet with Russian counterparts. 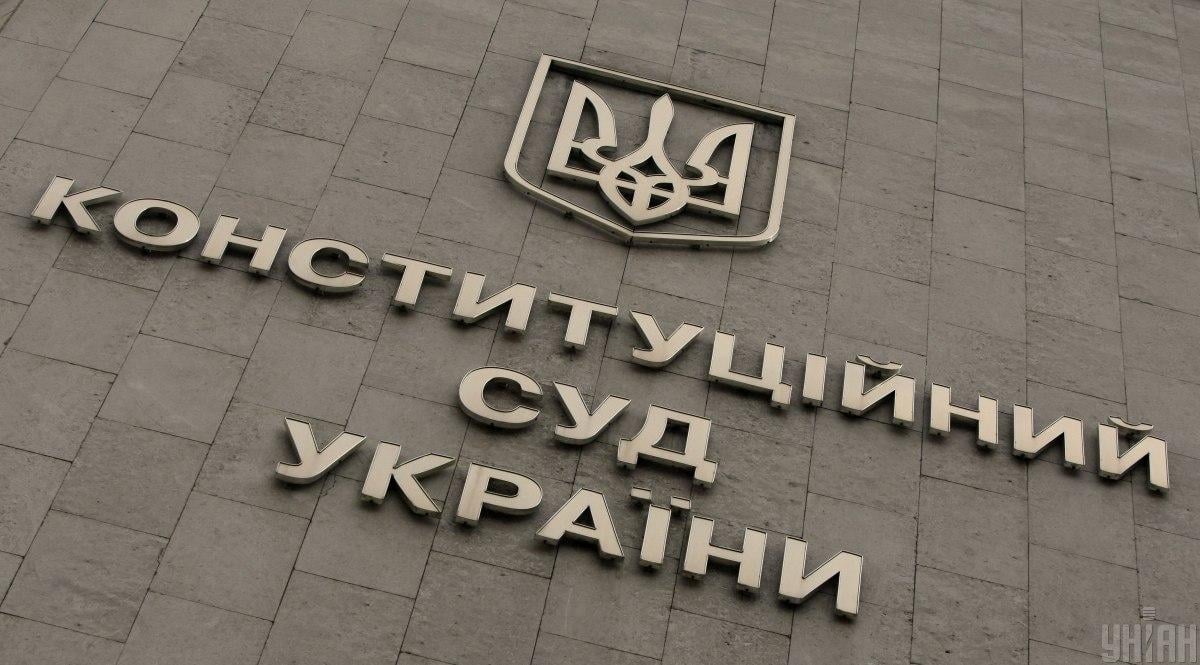 The Ukrainian delegates are scheduled to hold several working meetings on February 19 and to participate in an international conference on the 25th anniversary of the Constitutional Court of Moldova on February 20, a spokesperson for the CCU's press service said.

"Our delegation has scheduled a meeting with Chairman of the Constitutional Court of the Republic of Moldova Vladimir Țurcan and a number of other meetings," the CCU said.

At the same time, the CCU's press service said it could not inform in detail about the planned meetings, but promised to elaborate on them later. "We can't give the details now ... We will inform media representatives about this working visit," the CCU said.

According to him, all delegations will take part in the international conference organized by the Constitutional Court of Moldova.

"This is a standard international conference organized according to all the rules of the protocol provided for such an event. We would not have any new element ..., in any European country it would be held according to the same patterns," he said.

When asked whether the Ukrainian and Russian delegations would both participate in the event, Barbulat answered in the affirmative, adding: "... along with the Georgian one, with the delegations of European countries, because this ... is not a bilateral visit of any of the delegations, this is participation in an international conference."

According to him, the Constitutional Court of Moldova has planned an official reception with the participation of delegations from all countries and Moldovan officials.

As UNIAN reported, the Prosecutor General's Office of Ukraine in March 2018 reported the chairman and 18 judges of the Constitutional Court of the Russian Federation were suspected of involvement in the Russian occupation of Ukraine's Crimea.

The then Prosecutor General of Ukraine Yuriy Lutsenko said that the judges of the Constitutional Court of the Russian Federation had been informed of suspicion in the wake of a probe conducted by the Ukrainian Chief Military Prosecutor as part of criminal proceedings under Part 5 of Article 27 and Part 3 of Article 110 of the Criminal Code of Ukraine (aiding in deliberate acts committed with the aim of changing the borders of the territory and state border of Ukraine in violation of the procedure established by the Constitution of Ukraine, representatives of the authorities, by prior conspiracy by a group of persons, entailing grave consequences).

UNIAN memo. Russia annexed Ukraine's Crimea in March 2014 after its troops had invaded the peninsula. An illegal referendum was held for Crimeans to decide on accession to Russia. De-facto Crimean authorities reported that allegedly 96.77% of the Crimean population had voted for joining Russia.

On March 18, 2014, the so-called "agreement" on the accession of Crimea and the city of Sevastopol to Russia was signed in the Kremlin.

Judges of the Constitutional Court of the Russian Federation were denied participation in a number of events hosted by European institutions as the Russian judges were engaged in the legalization of Crimea's annexation.

In particular, it became known in December 2016 that Lithuania had decided not to let the judges of Russia's Constitutional Court who "legitimized" Russia's annexation of Crimea enter the country.

Russian judges were planning to go to the World Congress of Constitutional Courts in March 2017. However, as was proposed by the Ministry of Foreign Affairs of Lithuania, that country's Migration Department in November 2016 decided to add the judges of the Constitutional Court of the Russian Federation to the stoplist.

"The decision was made because in 2014 the Constitutional Court of Russia passed a court ruling that formalized the annexation of Crimea, and this is a gross violation of generally recognized norms of international law," Kestutis Vaskelevičius, the press officer of the Lithuanian Foreign Ministry, explained then.

If you see a spelling error on our site, select it and press Ctrl+Enter
Tags:RussiaUkrainemeetingMoldovaanniversaryConstitutionalCourt