Jeb Bush says he will run as ‘political outsider’ 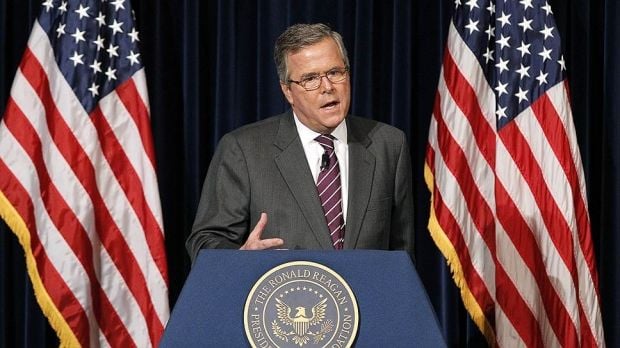 "Not a one of us deserves the job by right of resume, party, seniority, family or family narrative," said Bush, kin to two American presidents and a former two-term Florida governor.

"Executive experience is another term for preparation, and there is no substitute for that," Bush, who appeared without jacket or tie, told a cheering crowd his staff estimated at 3,000 people.

"We are not going to clean up the mess in Washington by electing the people who either helped create it or have proven incapable of fixing it."

Bush also tried to repudiate the argument made by some of his rivals that as a member of the Bush family he would be less capable of prosecuting the case against Democratic front-runner and former first lady Hillary Clinton, who he said represented a “no-suspense primary” and “no-change election.”

But presenting himself as the enemy of the “pampered elites” and the “rule makers” is a challenging argument for Bush, whose last name was on the national ticket in six of the last nine presidential elections.

Without providing specifics, Bush repeated his call for 4% annual economic growth and added that would translate into 19 million new jobs. The last time yearly inflation-adjusted growth in the nation’s gross domestic product topped that percentage was in 2000, the year before his brother, President George W. Bush took office.