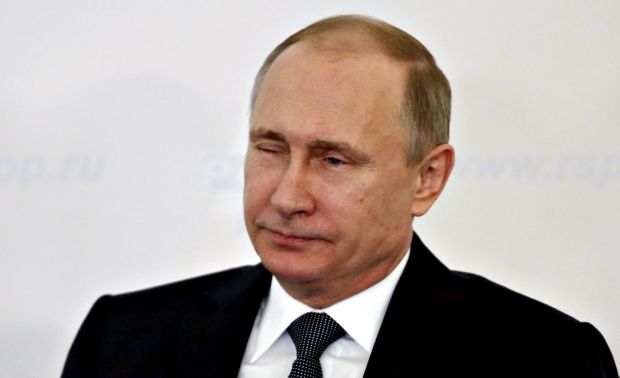 "If we had been discontented with something in the Minsk agreements, we would have never put our signature on them. We see these agreements as fair and balanced, and are exerting possible pressure on one of the parties to the conflict – the unrecognized Donetsk and Luhansk People's Republics," Putin said at a press conference after negotiations with Finnish President Sauli Niinisto on Tuesday when he was asked why Russia was not fully using its influence to make the parties comply with the Minsk agreements, an UNIAN correspondent in Russia reported.

According to Putin, a lot has lately changed in the Donbas militants' positions and they are ready to negotiate every clause of the Minsk agreements.

"You can't fail to notice that a lot has changed in their positions: they are prepared and want to hold negotiations on all provisions of the Minsk agreements," Putin added.

Putin said that the key elements were political agreements, namely to amend the Constitution of Ukraine and make this territory in Donbas autonomous, or as the Ukrainian authorities call it "de-centralize." Other points are the adoption of a law of Ukraine on the amnesty of militants from the DPR and the LPR, the implementation of a law on the special status of Luhansk and Donetsk, the adoption of the law of Ukraine on local self-government, holding local elections and lifting an economic blockade in Donbas.

"None of the issues belongs to Donbas' exclusive competence – these are the issues within Kyiv's authority," Putin said.

According to him, all the positions are stipulated in the Minsk accords, which also state that they should be implemented by agreement with Donetsk and Luhansk.

"They [the Kyiv authorities] should sit down at the negotiating table with representatives of those territories personally and try to reach agreement, as there is no way out," he said.

Putin also believes that there is no alternative to the Minsk format for resolving the crisis in Ukraine. "I believe there is simply no alternative to it, and however difficult it might be, it's necessary to follow this way," he added.