Dzhemilev: Not all Crimean Tatars illegally held in Russia may agree to be swapped

The Kremlin categorically opposes the release of Crimean Tatars, the official says. 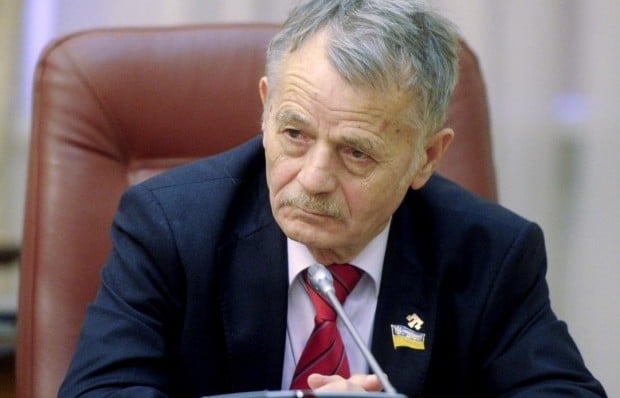 Leader of the Crimean Tatar people, MP Mustafa Dzhemilev says not all Crimean Tatars illegally imprisoned in Russia may agree to be included in the next prisoner swap list.

"The SBU [Security Service of Ukraine] has handed over a list for our approval. They are planning to exchange people at any cost soon. But we've set priorities before ourselves: fist, we have to exchange those who have the longest terms [of imprisonment], for example, 17-18 years, as well due to health reasons. The lists have been prepared, but right now Russia is simply not discussing this," he told Hromadske Radio on March 9.

Dzhemilev also noted that he spoke with Commissioner of the Verkhovna Rada (Ukraine's Parliament) for Human Rights Liudmyla Denisova on the inclusion of the Crimean Tatars in the exchange lists.

"She said, 'Of course, we'll put them in.' But I must say that the Russians [the Kremlin] categorically oppose the release of Crimean Tatars," he stressed.

At the same time, Dzhemilev added that some Crimean Tatar political prisoners might not agree to be swapped if they find out that they will be exchanged for criminals.

Read alsoZelensky expects next prisoner swap with Russia in March

"Secondly, we have quite ideological people there. If they find out that they are to be exchanged for bandits, they may refuse it. We managed to have Akhtem Chiygoz and Ilmi Umerov released with the help of [Turkish President Recep Tayyip] Erdoğan, who told us that he asked Putin to liberate them. Then it turned out that in exchange, Turkey was forced to extradite two terrorists who killed Chechen dissidents in Turkey. They are professional hitmen, [Russia's] GRU [military intelligence agency] employees. Now, Umerov and Chiygoz say: 'Had we known at what price you ensured our liberation, we wouldn't have agreed to be released.' Therefore, such unpleasant issues may arise for the Ukrainian authorities when [held persons] may ask: 'Why did you have us released?" he said.

As UNIAN reported earlier, on February 24, President's deputy envoys for Crimea Tamila Tasheva and Darya Svyrydova said that the swap lists included all Ukrainians illegally held in Russia and the temporarily occupied Crimea, including Crimean Tatars.

According to human rights activists, some 88 Ukrainian citizens have been illegally deprived of their liberty in Russia and the occupied peninsula for the time being.

On March 5, Ukrainian President Volodymyr Zelensky announced that the Ukrainian side in Minsk talks presented a list, which included more than 200 persons for another stage of exchange.

If you see a spelling error on our site, select it and press Ctrl+Enter
Tags:RussiaCrimeaCrimeanTatarsDzhemilevprisonerswap