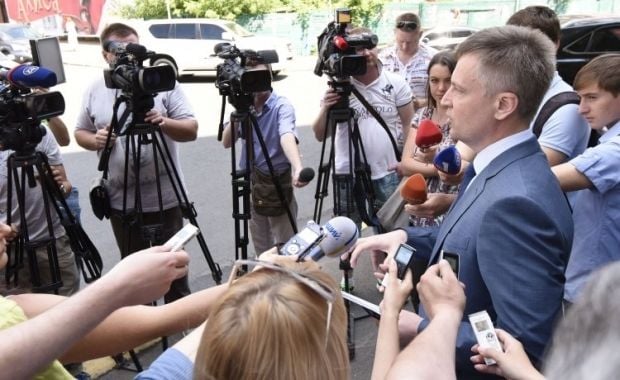 According to the Web site of the parliament, the corresponding document was registered by the head of state in the Verkhovna Rada on Thursday, June 18.

Nalyvaichenko was appointed as the chairman of Ukraine’s SBU security service on February 24, 2014.

On June 15, Nalyvaichenko said that Anatoliy Danylenko, the deputy of the former prosecutor general, had provided political “cover" for the activities of the oil depot where a fire broke out near Vasylkiv in Kyiv region on June 8.