"Get them drunk in a sauna and bring in some girls": Media report "dirty" tricks by NABU to recruit and blackmail

The recruitment is done in several stages, each described in manuals, according to media. 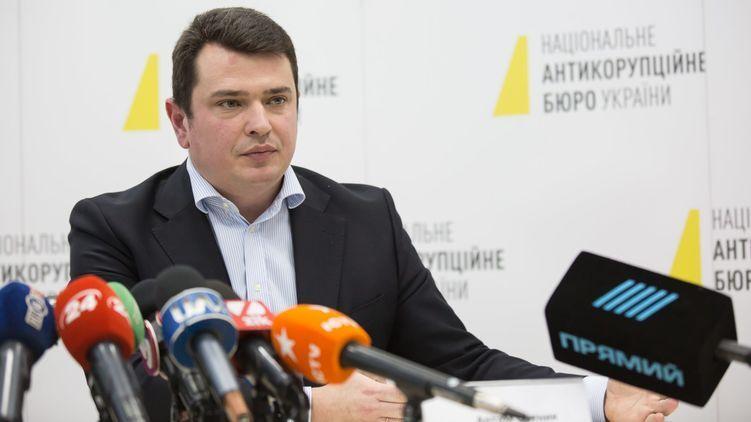 Documents have been leaked showing that the National Anti-corruption Bureau of Ukraine (NABU) is engaged in recruiting assets though tracking their children, employing provocations and blackmail.

Photocopies of these documents were published by the Ukrainian news outlet Obozrevatel.

According to the outlet, by the example of instructions issued for the recruitment of an employee of the National Bank of Ukraine, Vitaliy Lishchuk, who heads one of the divisions of the banking supervision department, it is possible to get an idea of the illegal methods through which [NABU Director Artem] Sytnyk and his subordinates get incriminating evidence for further blackmail.

"The internal manuals for the agents of Sytnyk's Bureau describe how to win trust of allegedly corrupt officials and provoke them into committing illegal acts. It is about secret surveillance, the use of weaknesses, surveillance of children of those who are not even accused of any crime," the edition says.

Journalists found that the elaborate instructions show NABU's illegal and immoral methods for blackmailing and recruiting a potential asset. For example, a provocation of a road accident and, as an apology, a visit to a pub at the expense of the "offender."

"The second option is to stage a robbery, where the official is rescued by a hero NABU agent. After which, the victim is also offered to get to know each other better, and some drinks. The third option is 'the girl needs help.' A girl who had allegedly got into an accident appears on the road the subject is driving as he heads home. The victim comes to the rescue, and that's how the contact is made. Options for online methods are also described: a beautiful girl gets acquainted with the target via Facebook. And a method optimized specifically for banker Lishchuk: a promotional offer for Mazda owners: to take part in a test drive (the banker drives Mazda CX-5). The meeting with the agent takes place during this test drive," the article says.

According to the edition, the second stage is pulling the target into a relationship.

"After the meeting, it is proposed to get the victim to have a couple of drinks, and then to order prostitutes, in a sauna or a massage parlor, where candid camera photos or videos are made of the adultery. The 'location' must be verified. While relaxing in a sauna, the target must be intoxicated. After a while, the girls should be brought in," reads the instruction. In the "girl in a road accident" option, she is supposed to enter into intimate relations with the targeted official. If necessary, she may offer a threesome with a 'female friend', also set to be recorded on candid camera. This very part is needed for the future blackmail of the victim," Obozrevatel wrote.

According to journalists, the third stage is offering a bribe for services related to the official's position. It is noted it was planned to make a request specifically to Lishchuk – to help get a deposit in VAB Bank. Another option to "pick up" an official is to call him, posing as a lawyer of an international company, and ask him to give insider information on one of the banks being liquidated, supervised by Lishchuk, for a monetary reward.

"Other versions of the "setup" include bribing to get access to biddings where assets are sold of the liquidated Delta Bank, where the wife of the NBU official works. Also, it could be his mediation to select a bank through which it is possible to launder a large amount of cash. But the most interesting part is the last stage. If all goes according to plan, if the target agreed to a bribe and it was possible to document this, the NABU agent should reveal to him all compromising evidence available. That is, the purpose of the illegal actions of Sytnyk's team is not to detain and press charges against to the official, but subsequent blackmail to get certain services in return," the material says.

It is noted the provocation of a bribe is unacceptable under the law. The staging can only take place if bribe-givers themselves appeal to the authorities and agree to transfer the money in a sting operation.

As reported earlier, Ukrainian lawmakers collected 216 signatures under the draft resolution on the dismissal of Artem Sytnyk from the post of NABU Director over corruption. Court earlier found Sytnyk guilty of a corruption offense and put him on the relevant register of corrupt officials.