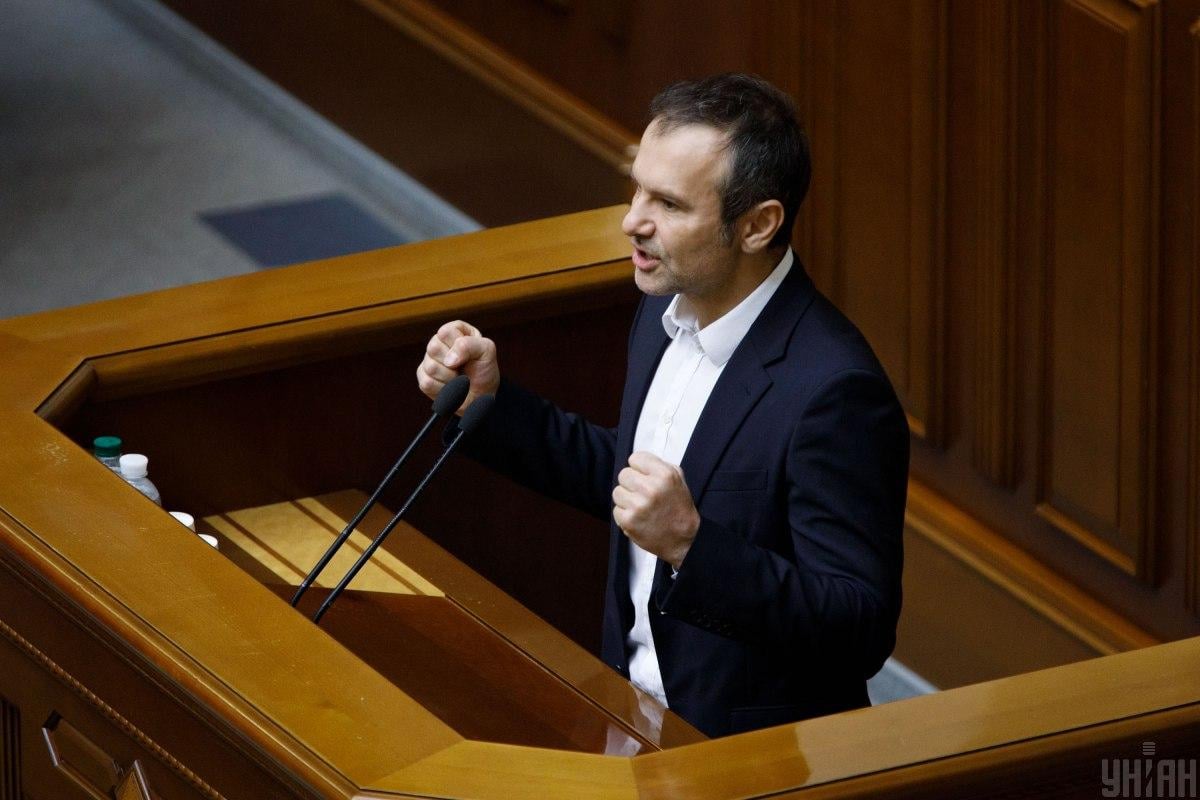 Ukrainian MP and singer Svyatoslav Vakarchuk is no longer the leader of the Holos (Voice) Party.

Kira Rudik is the new party leader, as was announced at the end of the party congress, the results of which were announced by Vakarchuk on Facebook.

Vakarchuk in his address said he had brought honest and professional people to parliament. He called Rudik the best manager of his team.

"Kira personifies modernity. And she will bring this modernity to the work of the party along with invaluable experience in managing large teams," Vakarchuk said, noting he would continue developing the party.

Rudik is First Deputy Chairman of the Verkhovna Rada's Committee on Digital Transformation, she a member of the Holos parliamentary faction. She was third in the party's election list.

If you see a spelling error on our site, select it and press Ctrl+Enter
Tags:UkrainepartyleadersHolos