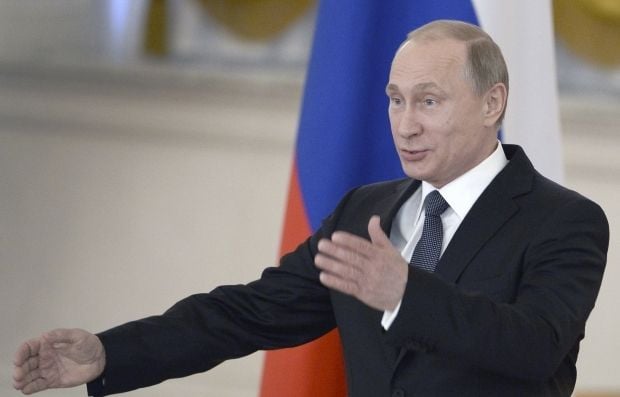 "As for the events in Ukraine, we have talked about this many times... And we're talking about what has already happened, but we never say why it happened… Why did the crisis in Ukraine arise?" he said.

"I am convinced that after the so-called bipolar system ceased to exist, after the Soviet Union disappeared from the political map, some of our partners in the West, primarily the United States, were in a state of euphoria and instead of building a new neighborly situation and a partnership, they began to develop new, as they believed, free geopolitical spaces," Putin said.

According to Putin, this is the reason of the movement of NATO to the east.

"I think that this is happening due to the fact that some of our partners have the illusion that after the Second World War there was a single world order and such a global center as the Soviet Union had disappeared, and the vacuum that was formed after it would have to be quickly filled," he said.

"This is a very wrong approach to solving problems - Iraq was won by the same method. But we know that in the United States many believe that the government has made a lot of mistakes, but nevertheless, the same situation was repeated in Libya, and now in Ukraine," Putin said.

According to Putin, Russia is not the root cause of the crisis in Ukraine. He believes that there was no need to support "anti-state coup and the armed seizure of power."