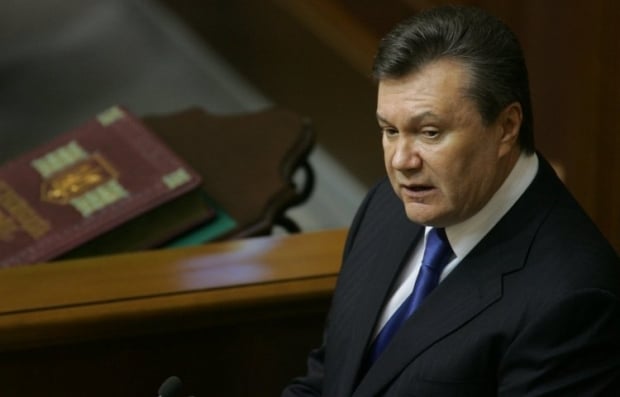 Poroshenko also stresses that in keeping with the Constitution of Ukraine, the Verkhovna Rada has no right to strip a person of the title of President of Ukraine, and therefore the Ukrainian parliament has exceeded its constitutional authority.

"Therefore, the Constitution of Ukraine stipulates the only way possible for stripping [the president] of presidential rank in Ukraine and does not authorize any authority to pass any separate document in any form to deprive [the title holder] of the title of President of Ukraine," the request said.

At the same time, Poroshenko noted that amendments to the Constitution were needed to lawfully deprive the president of his title.

As UNIAN reported earlier, Holos Ukrayiny (the Voice of Ukraine), the Ukrainian parliament's daily newspaper, on June 17, 2015, published a law on depriving Viktor Yanukovych of the title of President of Ukraine, which entered into force on June 18.

The bill, which was authored by Oleh Liashko, Serhiy Skurativskyi, Yulia Tymoshenko, and Andriy Teteruk, was passed by the parliament on February 4.

"Due to the fact that the current legislation is incomplete with regard to the legal consequences of the self-withdrawal of a Ukrainian citizen from fulfilling the powers of the President of Ukraine, as well as committing actions that threaten the governance of the state, the territorial integrity and sovereignty of Ukraine, and the mass violation of human rights and freedoms, there is an urgent need for adopting such law that will deprive Yanukovych of the title of President of Ukraine," the explanatory note to the law reads.

UNIAN's reference. On February 22, 2014 Ukraine's parliament passed resolution No. 757-VII establishing that President Yanukovych had withdrawn from exercising his constitutional powers in an unconstitutional way, and was deemed not to be fulfilling his obligations as president.

According to Article 1 of the Law of Ukraine "On the cleansing power," it was determined that Yanukovych by his actions had usurped power and undermined the basis of national security, as well as violated human rights and freedoms.