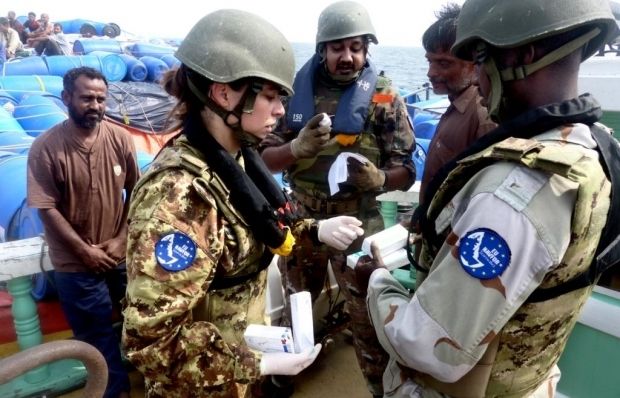 "Its mission is to identify, capture and dispose of vessels and enabling assets used or suspected of being used by migrant smugglers or traffickers," the report says.

EUNAVFOR Med will be conducted in sequential phases, in full compliance with international law, including humanitarian and refugee law and human rights, according to the report. The first phase focuses on surveillance and assessment of human smuggling and trafficking networks in the Southern Central Mediterranean.

It is planned that the second stage of the operation will include the search for and, if necessary, seizure of suspicious vessels. A third phase will allow the disposal of vessels and related assets, preferably before use, and to apprehend traffickers and smugglers.

"The council will assess when to move beyond this first step, taking into account the UN mandate and the consent of the coastal states concerned, and subsequent phases will be conducted accordingly," the report reads.

The Operation Headquarter of EUNAVFOR Med is in Rome. Rear Admiral Enrico Credendino has been appointed Operation Commander and will be assisted at sea by Force Commander Rear Admiral Andrea Gueglio. The common costs of the operation are estimated at EUR 11.82 million for a two months startup phase and the initial mandate of 12 months.