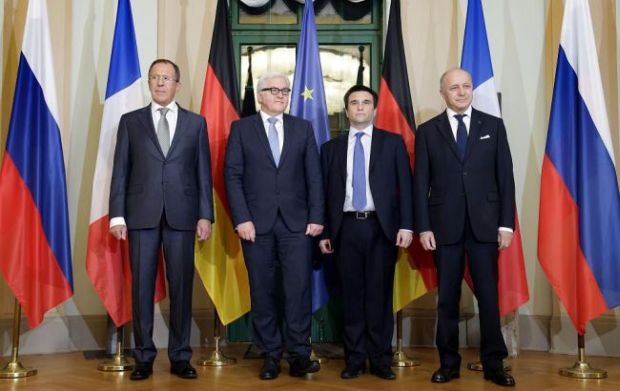 According to the statement, the Normandy Four foreign ministers have reiterated their full commitment to the Minsk agreements. The countries also expressed "deep concern" over the deteriorating situation in the Donbas.

In addition, the ministers emphasized the role of the Office for Democratic Institutions and Human Rights (ODIHR) of the OSCE in the preparation for and conducting of local elections.

The Normandy Four foreign ministers also urged parties to the conflict to carry out a full withdrawal of heavy weapons and a further de-escalation in the village of Shyrokyne in Donetsk region. They also stressed the need for OSCE observers to be allowed unfettered access to all areas and the removal of barriers to the delivery of aid by the International Committee of the Red Cross.

The ministers also called for a prisoner exchange on the “all for all” principle.