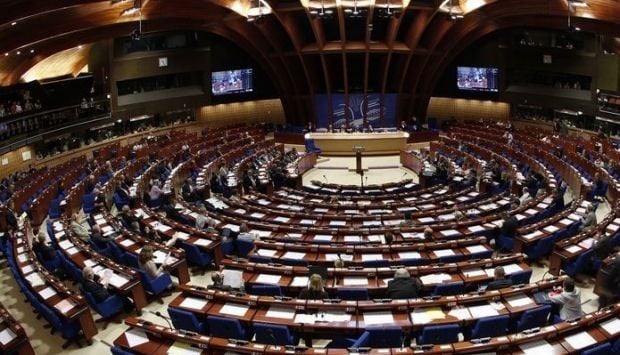 "The Assembly urges the separatist groups which control the occupied territories in the Donetsk and Luhansk regions to release all captured prisoners and hostages; engage effectively with the work of appropriate working subgroups of the Trilateral Contact Group in accordance with the Minsk agreements, with a view to dealing with the issues of captured and missing persons and identifying possible grave sites," the PACE resolution reads.

PACE also called on Russian-backed militants to grant access for international humanitarian missions to places of detention of prisoners.

The Assembly also urged the Russian authorities to "release all prisoners illegally captured in Ukrainian territory; conduct an effective investigation and prosecute perpetrators in cases of abduction, enforced disappearances, torture and politically motivated killings of Ukrainian activists and members of the Crimean Tatar community."

The Assembly further urged the Russian authorities to exercise pressure over the separatist groups which control the occupied territories in the Donetsk and Luhansk regions for the immediate release of all civilians held in custody on the territory under their control and for the exchange of prisoners.

What is more, the Assembly called on the Ukrainian authorities to create a dedicated governmental mechanism, tasked with the co-ordination of the work of all governmental and non-governmental bodies working on the issue of missing persons, and in particular to ensure sufficient budgetary funds for its functioning; create and maintain a unified data register with regard to missing persons during the conflict in Ukraine.

The Assembly also urged Russia's authorities to provide the families of missing Russian soldiers with accurate information on the fate and whereabouts of their missing relatives and immediately grant access to the territory of occupied Crimea to international human rights monitoring missions.