The Turkish president also assured the problems faced by Ukrainian road haulage companies on the Turkish-Bulgarian border over the ban on entry to Turkey would be settled. 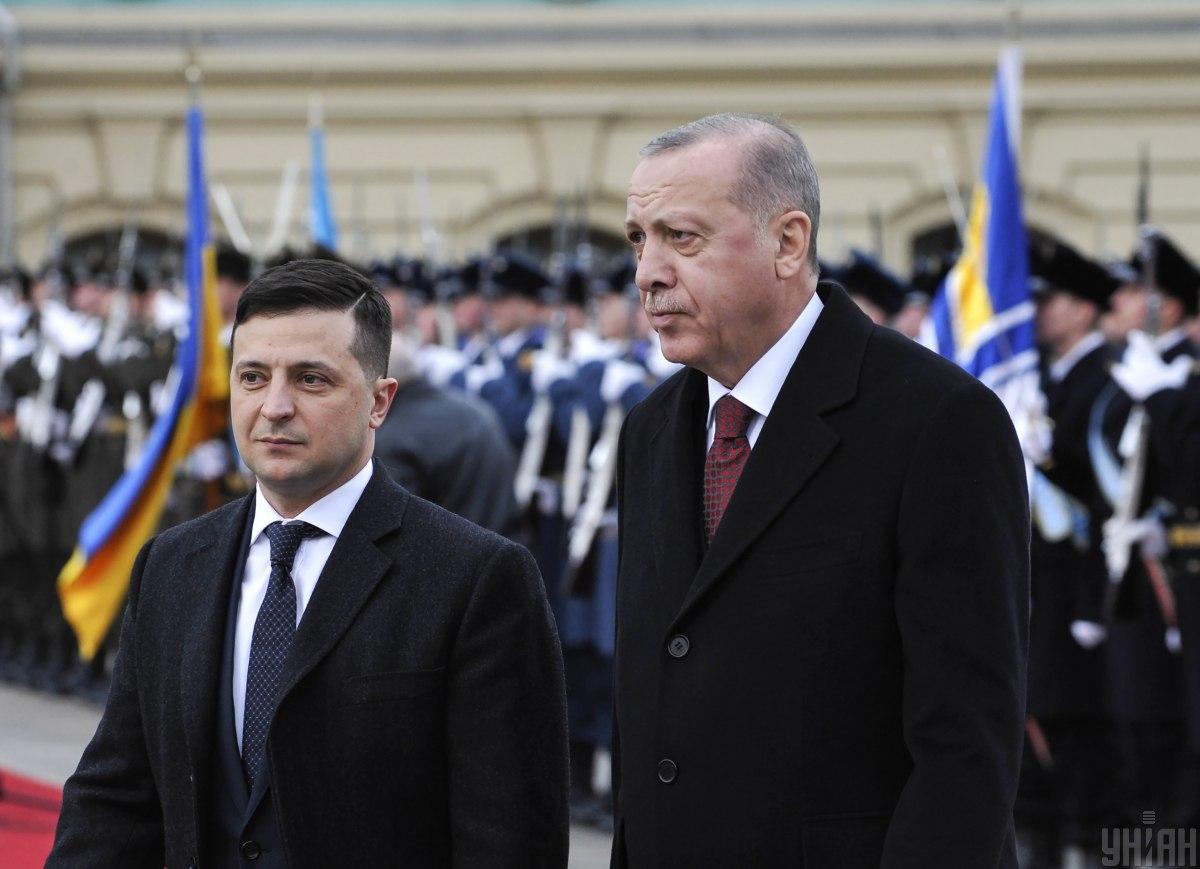 Zelensky and Erdogan / Photo from UNIAN

Ukrainian President Volodymyr Zelensky has had a phone call with his Turkish counterpart, Recep Tayyip Erdoğan, during which the latter promised to respond to Ukraine's requests for the supply of respirators and protective suits.

"They have discussed the situation with the spread of coronavirus in the world and the measures taken in both countries to ensure the protection of citizens. A number of practical arrangements have been made to coordinate efforts and cooperation between Ukraine and Turkey to combat the pandemic and its aftermath. The President of Turkey has promised to promptly consider requests of the Ukrainian party for the supply of respirators and protective suits," the press service of Zelensky's Office reported on April 1.

The Turkish president also assured the problems faced by Ukrainian road haulage companies on the Turkish-Bulgarian border over the ban on entry to Turkey would be settled. Erdoğan said that the responsible Turkish ministries would receive the respective instructions.

What is more, the Ukrainian president thanked the Turkish side for its consistent support for the territorial integrity and sovereignty of Ukraine, its condemnation of the illegal annexation of Crimea, and for its support for the Crimean Tatars.

"In this regard, the presidents expressed content with the implementation of the agreements reached during their personal meeting on February 3 this year, including the construction of housing in Kherson and Henichesk for internally displaced persons (IDPs) from Crimea," it said.

If you see a spelling error on our site, select it and press Ctrl+Enter
Tags:ErdoganTurkeysuppliesZelenskycoronavirusface masks