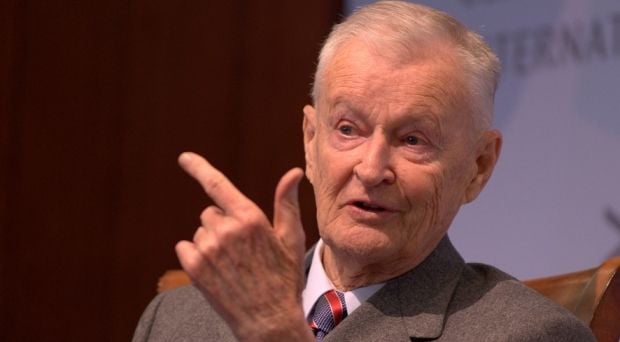 Brzezinski speaks out for arming Ukraine and suggests using Finland's role model to solve the Ukraine crisis / Photo from voanews.com

Russia and the United States have long been in a state of "cold war," but it is still unlikely that it will be a "hot conflict", Brzezinski said in an interview with Spiegel Online, German news broadcaster Deutsche Welle has reported.

A new "cold war" will not last long because events in the modern world are developing much faster than before, the American political scientist said. When asked whether the United States' intentions to deploy heavy military equipment in Eastern Europe and the Baltics are proper in response to a credible threat of Russia's invasion, Brzezinski said it was about "action and reaction."

"I do not want war, but I’m not prepared to be intimidated by the assertion that we provoke a war with a symmetrical response. On the contrary, we do not react – this is the most likely way to bring about a war," the expert said.

"Of course, [it will]. But NATO is still there, is not it? If we tell everybody in the world, we would not mean what we say and we would not do anything if something is done to us, then you can in the summer also hang a sign on your house:' We are off, the doors are not closed.' Do you think that a smart security strategy?" Brzezinski said.

Speaking about the settlement of the Ukrainian-Russian conflict, Brzezinski urged the West to arm Ukraine.

"It would be useful to Ukraine to supply defensive weapons to defend the big cities, armor-piercing weapons or mortars around. After all, we should raise the price of Russian use of force. Take a city whose population is determined to defend, which is extremely expensive," according to the expert.

Regarding the Ukrainian conflict, Brzezinski suggested it should be resolved according to a Finland role model.

"Ukraine should have the right to freely choose their political identity and to more closely bind to Europe. At the same time Russia needs to be assured that Ukraine will not be included in NATO. This is the solution formula," the expert said.

"Merkel makes an extremely good job. And Obama has other problems, such as in the Middle East," he said when answering a journalist's question about the U.S. president has left Merkel the lead in the Ukrainian conflict.