Int'l donors asked not to send aid to Ukraine though corrupt structures led by Sherembei, Shabunin both close to NABU chief Sytnyk 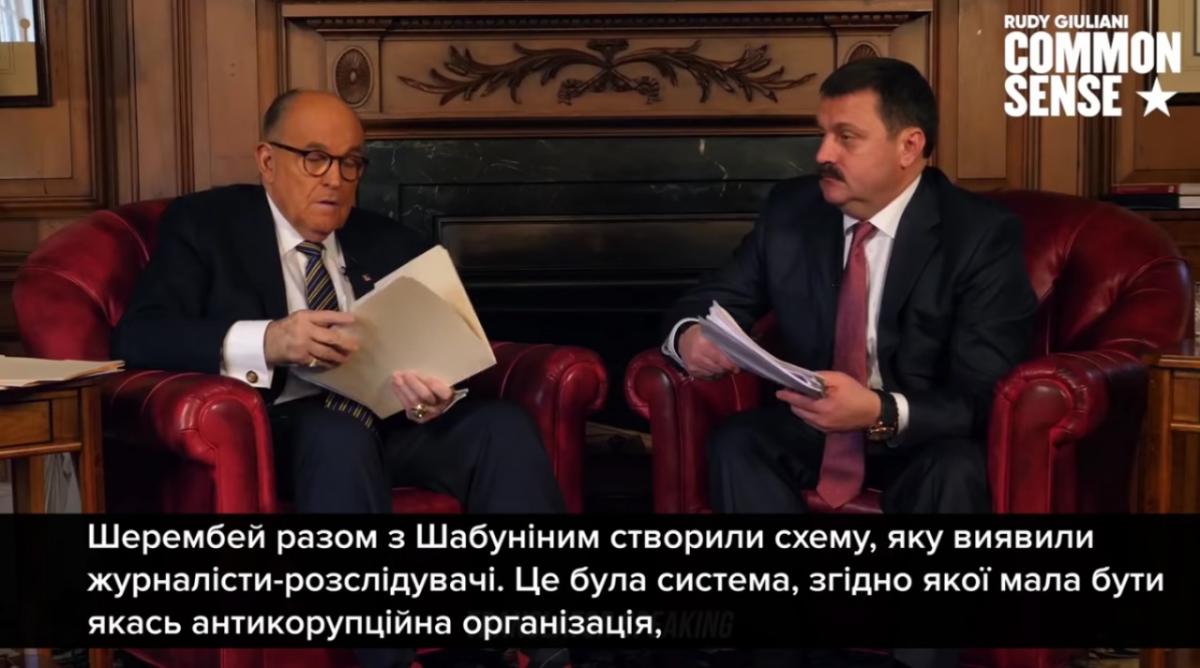 Charitable organization "Civic Movement Fund Ukrainians Against Tuberculosis" and NGO "International Journalism Association Health Without Borders" have called for the removal of head of the Anti-corruption Action Center Vitaliy Shabunin and Dmytro Sherembei, whom the court brought to responsibility four times, from the governing bodies of the "Stop tuberculosis. Ukraine" Partnership over the charges of embezzlement of funds allocated for patients. Also, they appealed to international donors with a request to stop transferring though them international assistance grants provided to Ukraine.

The NGOs have addressed with an open letter national and international structures that provide and distribute international technical assistance for treating patients with AIDS, tuberculosis, and malaria. The letter says that in early March 2020, U.S. president's personal lawyer Rudolph Giuliani and Ukrainian MP Andriy Derkach released a report, informing the general public about the embezzlement of U.S. and other international aid worth US$5.3 billion, provided to Ukraine, including related to fighting tuberculosis and HIV/AIDS.

"The name of its leader Dmytro Sherembei, as well as the Anti-corruption Action Center NGO and its head Vitaliy Shabunin, Poltava-based Light of Hope NGO, and others were personally mentioned. We also call on the international community to hear these alarming signals and take well-thought decisions on the provision of financial assistance with the participation of organizations, which were discussed in the aforementioned videos," the statement says.

The report mentioned in the statement claims that former members of the Civil Oversight Council at the National Anti-corruption Bureau of Ukraine (NABU) close to its Director Artem Sytnyk – Sherembei and Shabunin – used the Anti-corruption Action Center as a cover-up for dealings with international technical assistance. "We believe that representatives of the All-Ukrainian network of people living with HIV ('100% Life'), the Anti-corruption Action Center, the Light of Hope NGO and some other organizations affiliated with them have no moral right, until the results of the investigation are received and truth is established in these cases, to occupy elected positions in bodies like the 'Stop tuberculosis. Ukraine' Partnership," activists say. "We also believe the said organizations cannot be the main recipients of grants of international assistance provided to Ukraine. We are not aware of any examples in a civilized democratic international community that people representing organizations that are suspected of embezzlement and misuse of funds occupy posts, that these organizations and people representing these organizations are listened to and respected in society."

As reported earlier, Shabunin and Sherembei, whom the court has four times brought to responsibility, are being accused of embezzlement of international assistance to Ukraine for patients with HIV/AIDS, tuberculosis and malaria. Now these cases are being investigated by the National Police of Ukraine.