Representatives of some volunteer battalions protest in Kyiv center 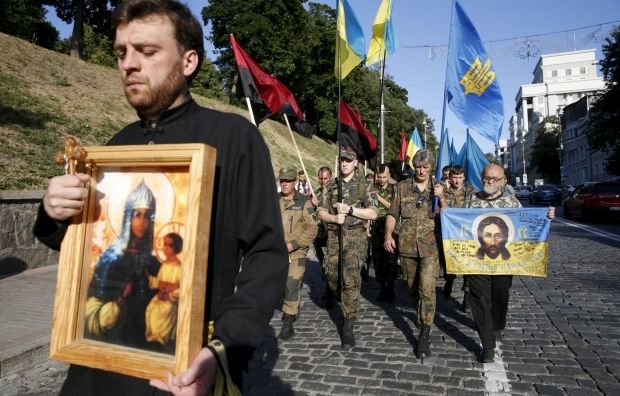 Car tires were brought to the arena entrance and later set on fire.

Over 1,000 activists took part in the rally, some of them wearing military uniforms.

The Azov regiment denied involvement in the protest.

According to police reports, over 1,000 law enforcement personnel was to provide for public order.