Ex-rector Melnyk acquitted on all charges 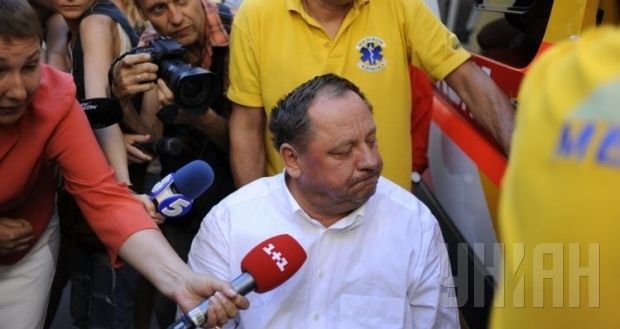 "I’ve just learned that Irpen court revoked all charges against the former rector of the Tax Academy Petro Melnyk. The one who extorted a bribe for admission to the Tax Academy, and then fled abroad from a house arrest," an adviser to Interior Minister Arsen Avakov, Anton Herashchenko wrote on Facebook.

"I don’t rule out that some unscrupulous officials of the prosecutor's office of Kyiv region, with one of the deputies being suspected of large scale extortions, could assist the judges in delivering a not-guilty verdict regarding Melnyk. Now my assistants are studying a 122-page judgment," according to the adviser.

"The criminal case has been closed and Melnyk has been acquitted. The photo shows a copy of yesterday's court decision. The arrest of Melnyk’s property was also revoked, which includes dozens of property items: apartments, houses, land plots in Kyiv, Irpin, Ivano-Frankivsk. It turned out, that Melnyk even had ZWD 1 billion, equaling almost $3 million," MP Olga Chervakova wrote on Facebook.

As UNIAN reported earlier, Melnyk was arrested on July 27, 2013 when receiving bribes in amount of UAH 40,000 and UAH 80,000 from two citizens of Ukraine in exchange for admission of their relatives to the National State Tax Service University.

On August 1, 2013, Pechersk District Court of the city of Kyiv set house arrest as a restrictive measure for Melnyk until September 27.

On August 9, Melnyk escaped from house arrest and disposing of the electronic bracelet.

On April 1, 2014, Interior Minister Arsen Avakov stated that Melnyk had been detained in Boryspil international airport, having arrived from London.

On June 24, 2014 the Main Investigation Department of the Internal Affairs Ministry completed a pre-trial investigation within criminal proceedings regarding Melnyk’s bribetaking.

The suspect was released on a UAH 609,000 bail. In addition, the arrest was imposed on property and cash assets owned by Melnyk. The indictment was handed to Irpin City Court of Kyiv region.