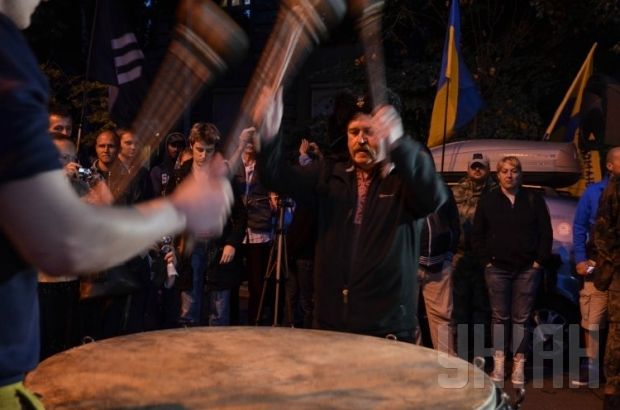 Andriy Tarasenko, deputy head of the Right Sector organization for social and political activities, added that the fighters involved in the incident have retreated deep into the mountains in the Zakarpattya region.

"I can’t say how many of them are there. At this point, there is no connection with them. We were on contact yesterday and overnight," said Tarasenko.

He noted that there were two casualties among the Right Sector fighters, and five of their men were wounded in a standoff. "One or two men are in critical condition - they were fired upon with the Utyos heavy machine gun. One was hit in his arm, one - in the leg. The injuries are very serious,” said the Right Sector official.