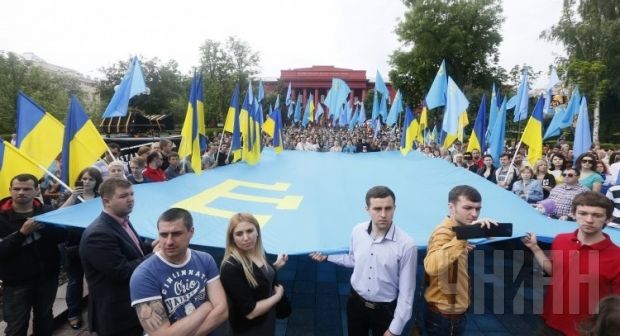 "I would like to clarify my position on Chapter X of the Constitution of Ukraine, which is about the Autonomous Republic of Crimea. I ask the Constitutional Commission to not disregard statements by the leaders of the Crimean Tatar people in its future work and ensure that the Autonomous Republic of Crimea, being an integral part of Ukraine, remains a national territorial subdivision through which the Crimean Tatars exercise their right to self-determination," the president said, addressing a parliament plenary session on Thursday on the consideration of a bill on amendments to the Constitution of Ukraine in the part concerning decentralization of power in Ukraine.