Poroshenko and Putin may meet in Beijing - Media

Ukrainian President Petro Poroshenko and his Russian counterpart Vladimir Putin may both be invited to China in early September to attend the celebrations marking the anniversary of the end of the World War II, according to Ukraine's zn.ua 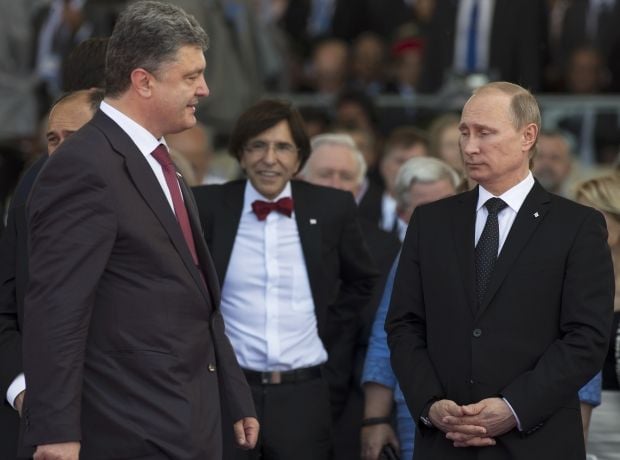 Among potential invitees are US President Barack Obama and Secretary-General of the United Nations Ban Ki-moon.

Mongolian President Tsakhiagiin Elbegdorj and leader of Belarus Aleksandr Lukashenko leader are also likely to be present at the event. It should be noted that Lukashenko ignored Moscow’s invitation to Moscow for May 09 celebrations on the Red Square earlier this year.

According to zn.ua, Petro Poroshenko has also received an invitation from the Chinese authorities.