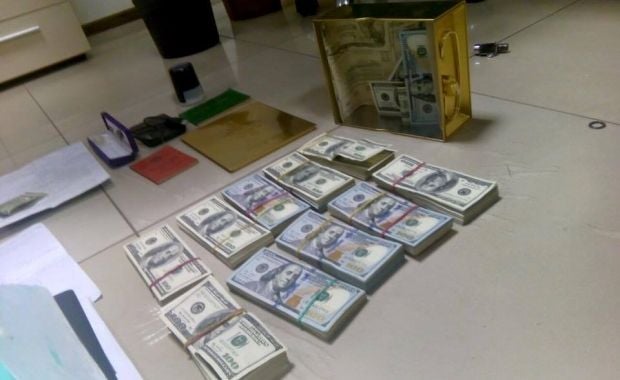 Nearly $500,000 discovered during the search of a suspected prosecutor / facebook.com/EuroMaydan

According to the source, the said amount has been supposedly collected by Hibalenko’s relatives and transferred to the appropriate government account.

Another suspect, former first deputy head of the main investigation department of the Prosecutor General’s Office Volodymyr Shapakin was also bailed out earlier.

Thus, to date, of the three defendants in the case, only the former deputy prosecutor of the Kyiv region Oleksiy Korniets remains detained, as his family has not yet collected the amount of money determined by the court for bail, according to the source.

During searches of Shapakin, $ 400,000 was seized, while the searches of Korniets revealed 65 diamonds and a Kalashnikov assault rifle.