During the raid in Kyiv, the Security Service (SBU) officials detained a group of people headed by the current SBU officer, a Lieutenant Colonel, which was engaged in illegal wiretapping of opposition leaders and activists during the Revolution of Dignity, according to the SBU press center with reference to the report of the SBU chief Vasyl Hrytsak to Ukrainian President Petro Poroshenko. 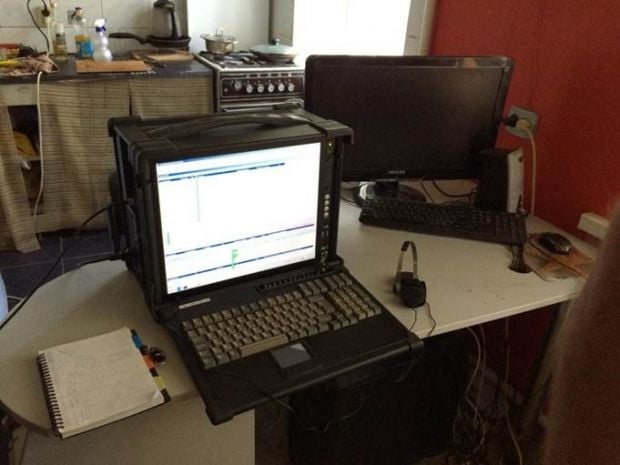 The Security Service of Ukraine

A modern set of equipment for reading data from GSM networks has been seized. According to the latest information, the equipment was smuggled to the territory of Ukraine with the direct involvement of Russian special services.

Information is being verified about possible involvement of the former SBU chief Oleksandr Yakymenko in smuggling the equipment.

It has been determined that no analogue of such special interception system is available in Ukraine. It was produced by a company controlled by the Russian special services and registered in New Zealand.

Operational and investigative activities are underway. Criminal proceedings have been opened under Article 359 (The illegal purchase, sale or use of special technical means for obtaining information) of the Criminal Code of Ukraine.

The equipment was sent for expert examination, including identifying persons targeted for wiretapping during the period from the Revolution of Dignity and until the seizure of the equipment.

As reported earlier, on July 16, the SBU in Kyiv seized a set of equipment for illegal wiretapping. It was produced at one of the Ukrainian enterprises without proper licensing. The equipment was seized and sent for expert examination.

The third set of "wiretapping" equipment seized by the SBU during the week was discovered during the search at the office of a Kyiv-based company on July 17. The equipment was also sent for expert examination.

Hrytsak emphasized that it is for the first time in the last five years that the SBU was able to conduct such efficient operations.

"The SBU will continue to take efficient measures to ensure the rights and freedoms of citizens," Hrytsak said.