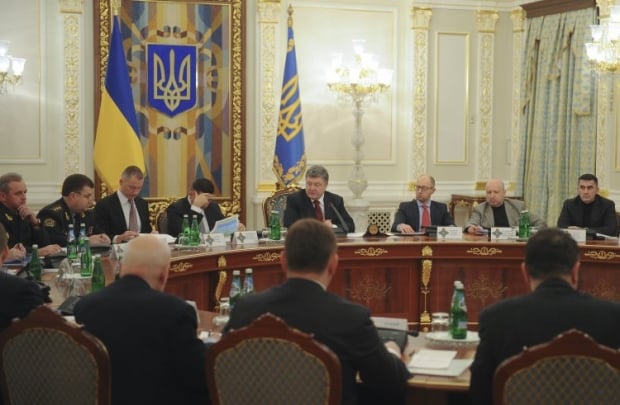 The NSDC gathered on Monday to consider a design basis threat [a fundamental principle of physical protection is that it should be based on the state's current evaluation of the threat] to nuclear facilities, nuclear materials, nuclear waste and other sources of ionizing radiation in Ukraine.

"After the issue had been reviewed, a new design basis threat, which takes into account significant changes in the security situation in connection with the Russian Federation's aggression, was approved," the NSDC said in a statement.

Furthermore, the NSDC heard a Health Ministry report on the status of the immunobiological protection of civilians in Ukraine and instructed to take immediate measures to ensure the availability of vaccines to the population.

As UNIAN reported earlier, state-owned nuclear giant Energoatom, which operates all nuclear power plants in Ukraine, asked the then Chief of the Security Service of Ukraine Valentyn Nalyvaichenko in November 2014 to give a legal assessment of the request by the Chief Directorate for Combating Organized Crime under the Ukrainian Interior Ministry to provide all documents related to physical protection of the nuclear power plants, most of which is classified information.