Minsk breakthrough: smaller weapons to be withdrawn from Donbas 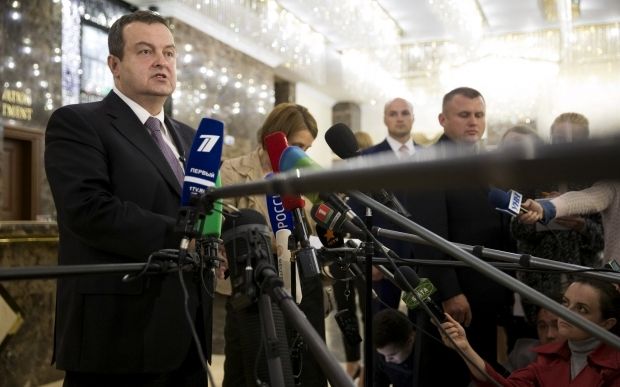 "Agreement has been reached to pull back tanks and certain weapons whose caliber is smaller than 100 mm. The text [of the agreement] has been agreed in full, its verification is expected tonight," Dacic said in Minsk on Tuesday, TASS reported.

According to him, the agreement will stipulate in detail how "the withdrawal of the weapons will be verified, who will be engaged in the verification, and the entire procedure will be described."