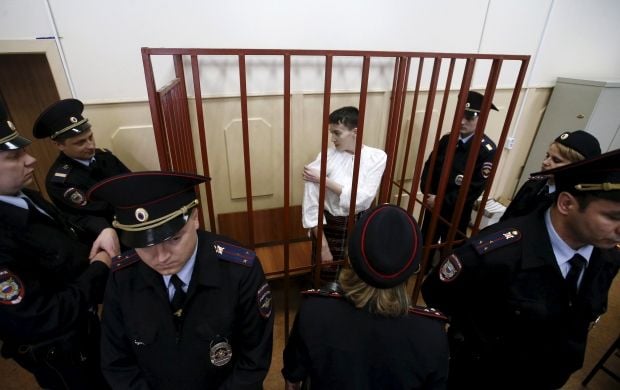 "We have grounds to notify a number of officials of the Russian Federation on suspicion of committing certain criminal offenses in relation to Nadia Savchenko," said Stolyarchuk.

The official noted that the PGO had officially filed a request to Russia’s Prosecutor General's Office that it provide legal aid, according to which the suspects must be notified on the suspicion.

"There are three employees of court of the Russian Federation, which in turn, each time for no reason" ruled to hold Savchenko in custody, said the Deputy Prosecutor General.

He also noted that among the suspects there is an "official of the Ministry of Foreign Affairs of the Russian Federation", who deliberately had taken no steps to release Savchenko, including after her acquiring the status of a member of Ukraine’s delegation to PACE.

According to Stolyarchuk, the seventh suspect is a "citizen of Russia, who was directly involved in her illegal detention and her illegal trafficking abroad."

Stolyarchuk noted that pre-trial investigation is not finished with this move.

He also said that the PGO has sent an appeal to the Ministry of Foreign Affairs of Ukraine on the promotion of the move in line with international agreements.