Ukrainian President Petro Poroshenko has signed a decree on granting citizenship to a Russian opposition politician, journalist, social activist Maria Gaidar and a Russian journalist, former editor of Forbes-Ukraine Vladimir Fedorin, personally handing them passports of citizens of Ukraine, according to the presidential press service. 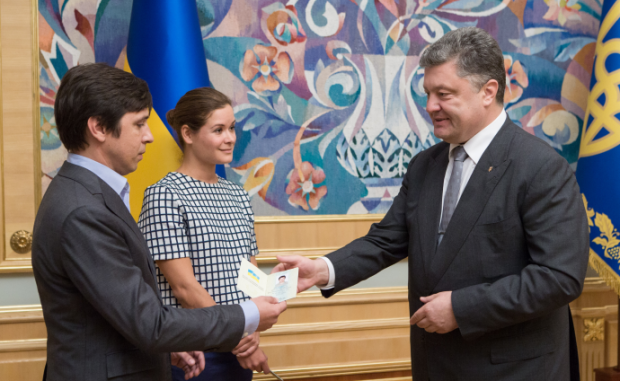 "Your example clearly shows that it is impossible to remain silent, we must live in harmony with our conscience," Poroshenko said.

"The maximum that you can do today for Russia is to ensure the success of Ukraine," he said.

According to the president, only under these conditions will it be possible to restore the relationship between the free Ukraine and the free Russia.

Read alsoGaidar: Russia is at war with UkrainePoroshenko also thanked Gaidar and Fedorin, and all the Russians, who found courage to express disagreement with the actions of Russia's ruling regime, for their active civic position.

The President wished the new citizens of Ukraine not to lose ties with Russia.

"Your unbiased position, opinions and information from Ukraine as an alternative to the Kremlin propaganda are very important to the millions of Russians," Poroshenko said.