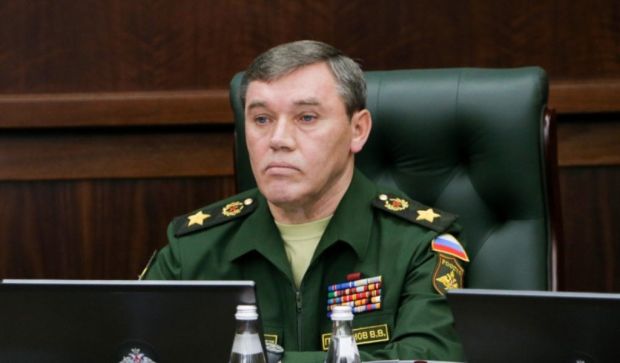 Arrest ruled as a restrictive measure against Gerasimov / Photo: Press service of the Russian Defense Ministry

"Shevchenko district court of Kyiv satisfied the request of the investigator and head of the criminal procedure, issuing a ruling on the delivery to court and arrest – as a restrictive measure – of all individuals, whose names were announced at a[n earlier] briefing. That is, the chief of the General Staff of the Russian Armed Forces, and also the identified and interrogated servicemen of the 98th Airborne Division of the Armed Forces of the Russian Federation,", said Anatoliy Matios, Ukraine’s chief military prosecutor in an interview with Ukrainian 112 TV channel.

As UNIAN reported ealier, Anatoliy Matios announced at a briefing in Kyiv that Russia had invaded Ukraine in late August, 2014 to deter the ATO forces and prevent them from encircling the militant stronghold of Donetsk.

Matios also said that from August 8 to August 23, 2014, under the orders of Gerasimov, the ATO positions in the direction of Saur-Mohyla - Uspenka - Amvrosiyivka were systematically attacked with Grad, Smerch and Uragan multiple rocket launchers from the territory of the Russian Federation, and this has been confirmed by the evidence.

Matios also stated that Chief of the General Staff of the Russian Armed Forces, Colonel-General Valery Gerasimov had been directly managing since 2013 the development and implementation of the criminal plan aimed at violating the sovereignty and territorial integrity of Ukraine.

As UNIAN reported earlier, Gerasimov along with another 10 Russian military servicemen were notified on suspicion of committing a crime and put on an interstate wanted list with regard to the events in Ilovaisk in August 2014.