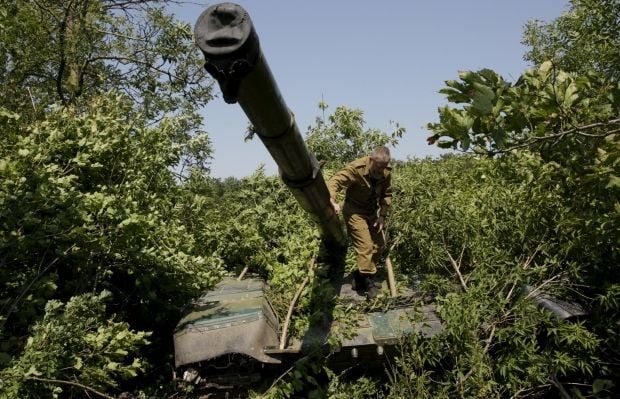 “A special group of “experts from Russia” has been spotted in Luhansk, who are dealing with setting up a smuggling channel of foodstuffs from the government-controlled territory,” said Tymchuk.

The MP claims that the group consists of 16 people, of whom there are three women. The major part of the group is comprised of the employees from the FSB [Russia’s Federal Security Service] and other Russian law enforcement agencies. This group has no permanent place of stay, tries not to draw unnecessary attention (the group members sport the same uniform as the “local militants”), and has two Volkswagen T4 minivans at their disposal, with tinted windows and no registration tags; two “Tigr” (GAZ-2330) armored combat vehicles and a civilian SUV.

It is noted that the group gathers data from local businessmen and “LPR authorities” involved in smuggling on corrupt Ukrainian military servicemen, (both from the staff and to the ordinary servicemen who serve at the roadblocks), who are part of smuggling conspiracy (it is not excluded that this preliminary gathering of information aims to be used for further blackmail and recruitment), Tymchuk added.

According to Tymchuk, local security services have been instructed to facilitate the group’s activities without interfering with their operations. The group’s leaders are in constatnt contact with the self-proclaimed leaders of the LPR militant organization, while part of the group regularly visits the frontline.

Similar group has been spotted in Donetsk.