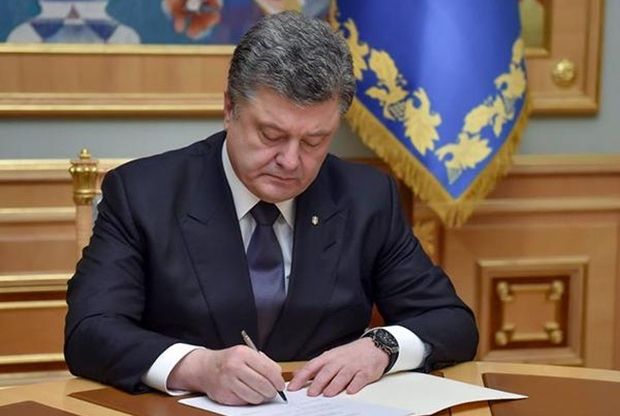 Respective decree No. 474/2015 was posted on the president's official website.

"Acting under Article 107 of the Constitution of Ukraine, I order to enact an NSDC decision of July 20, 2015, "On Urgent Measures to Neutralize Threats to National Security," the presidential decree reads.

Secretary of the National Security and Defense Council Oleksandr Turchynov was commissioned to control the fulfilment of the decision.

The decree becomes effective from the date of its publication.

As UNIAN reported, Ukrainian President Petro Poroshenko earlier signed a decree that enacted an NSDC decision dated May 6, 2015, "On Progress of Implementation of NSDC Decisions and Other Measures to Ensure the Country's Defense Capability."