Putin cracks down on human rights activists in Crimea 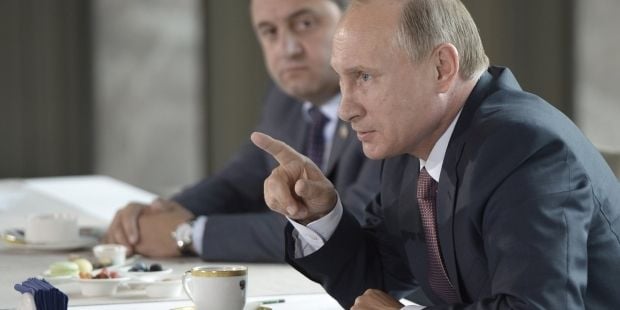 "You were talking about people who are trying to somehow destabilize the situation, especially regarding the Crimean Tatar issues," he said. "We know who those people are. There are some people who consider themselves professional rights activists. For these people, no one's rights matter. It is important that they are activists, and they want to receive foreign grants for this activity, as well as recognition and fulfillment of their ambitions, including political ones," Putin said.

Earlier, Putin has accused foreign funds of sucking up the country’s talented people "like vacuum cleaners."

Read alsoPoroshenko sees Putin's visit to Crimea as challenge to civilized worldAs UNIAN reported earlier, Russian President Vladimir Putin's posters have been on display in the territory of Crimea with words saying 'Russia Crimea Together Forever.' The posters have been placed on the facades of buildings and along the roads, and the campaign is said to be connected to the arrival of the Russian president in Crimea to attend the State Council presidium meeting.