Poroshenko calls events near Rada "stab in the back" 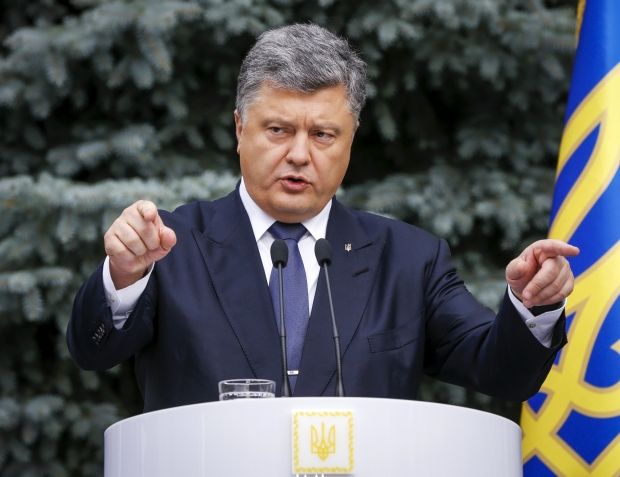 "How can you call events that unfolded near the Verkhovna Rada other than a stab in the back?! It was an anti-Ukrainian rally for which all organizers, all representatives of political forces without any exception must carry full responsibility," he said in a statement on clashes between protesters opposing Constitution amendments and police outside the parliament's building on Monday.

"I will personally control the fulfillment of this, as I had a meeting with all heads of law enforcement agencies and gave clear orders of conducting a transparent investigation and bringing both the organizers and perpetrators to justice. They have attempted to storm the Parliament. They have thrown a grenade. They have targeted a serviceman of the National Guard in his heart and killed him! They have wounded around 120 servicemen and police officers – many of whom took part in the Anti-Terrorist Operation, some of them are decorated with state awards," Poroshenko said.