Police: Detainees involved in riots near Rada not to be released from custody 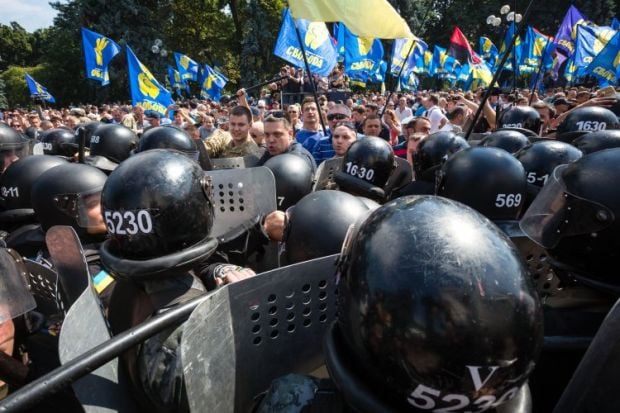 Svoboda party leader Tyahnybok not subpoenaed yet, but he will be / Photo from UNIAN

"All those responsible and involved in this crime, killing [one] and wounding over than 100 people, will in no case be released, but will be prosecuted," said Tereshchuk.

Asked whether the leader of Svoboda party Oleh Tyahnybok was summoned for interrogation, Tereshchuk said: "All organizers of the crime will be summoned, interrogated and appropriate action will be taken against them if needed. Tyahnybok has not been subpoenaed yet, but he will be."