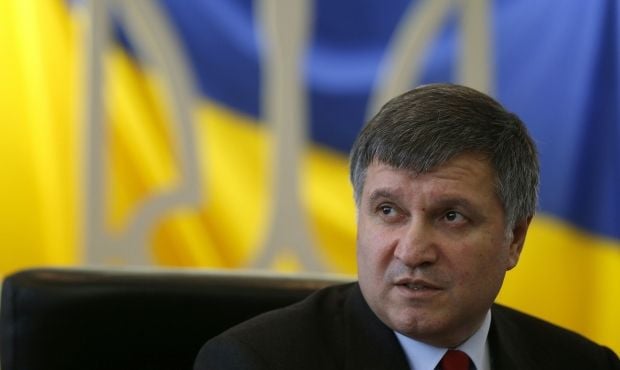 On Monday, Avakov launched recruitment to Cherkasy police. During his speech at an official ceremony, about 20 people were standing with posters and shouting slogans against the minister into a megaphone, namely "Where are killers of the Heavenly Hundred Heroes?", "Avakov should resign!", "Freedom to political prisoners!" and "Shame!".

As UNIAN reported earlier, a scuffle between protesters and law enforcement officers began near the Verkhovna Rada's building on August 31 after MPs had approved the president-proposed Constitutional amendments regarding decentralization of power. Aggressive protesters began to storm the parliament's building, throwing paving stones and smoke bombs. Someone threw a grenade. Three National Guard soldiers died after serious wounds as a result of the explosion of the grenade, while another 150 people were injured.

According to security officials, the August 31 rally outside the parliament was organized by the Svoboda party, the Radical Party and other organizations.

On the same day, former Sich battalion fighter Ihor Humeniuk was detained on suspicion of involvement in throwing the grenade at law enforcers. On September 2, Kyiv's Pechersk District Court ruled that Humeniuk should be remanded in custody for two months. Another 17 people were also detained for participation in the riots.