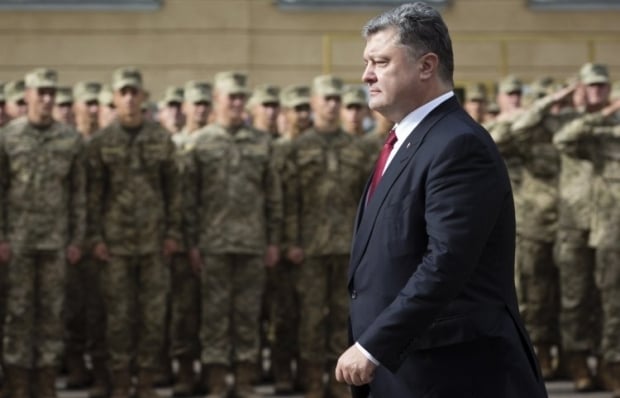 President of Ukraine Petro Poroshenko said that elections in the Donetsk and Luhansk will only be held when Russia withdraws its troops, according to an UNIAN correspondent reporting from the joint press conference of Petro Poroshenko and NATO chief Jens Stoltenberg in Lviv after they opened Ukraine-2015 joint disaster response exercises within the framework of Partnership for Peace.

As UNIAN reported earlier referring to zn.ua, there were active discussions during a September 19 trilateral meeting of the Contact Group in Minsk regarding a special law on the local elections in the militant-controlled territories of Donbas.

It was reported that a "political subgroup of the Tripartite Liaison Group discussed the possibility of drafting a special law allowing to hold the local elections in the uncontrolled territories within the framework of the Ukrainian legislation.."

The Ministry of Foreign Affairs of Sweden condemned Russia's approval of the pseudo-elections in the militant-controlled territories of Donbas.

Deputy Head of the Presidential Administration of Ukraine Kostyantyn Yeliseyev said Ukraine was in an active dialogue with its foreign partners regarding the development of an action plan in case the pseudo-elections were held by militants.