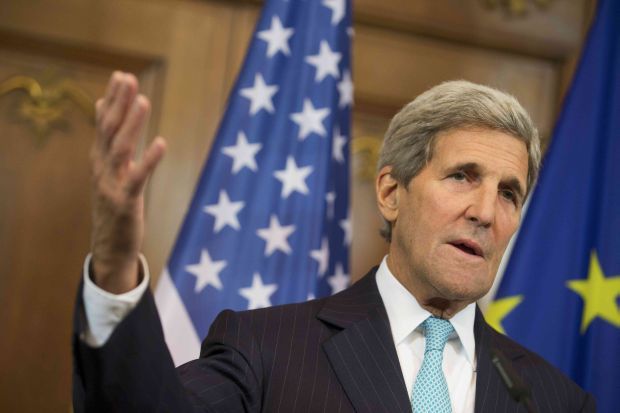 Kerry said in Washington on September 22 that the United States is ready to engage in a dialogue to promote a peace agreement that would see Syrian President Bashar al-Assad removed from power, Radio Liberty has reported.

The U.S. top diplomat also said it is believed that "the level and type" of aircraft Russia has deployed in Syria is, "for the moment," consistent with protecting their own forces at an air base near the Syrian coastal city of Latakia.

He added, however, that Moscow's ultimate aim in Syria is not yet clear.

The United States has been concerned over Russia's military buildup in Syria, suspecting that the intention is to support Assad's government. Moscow says its aim is to help Syria, a longtime ally, fight the Islamic State extremist group.