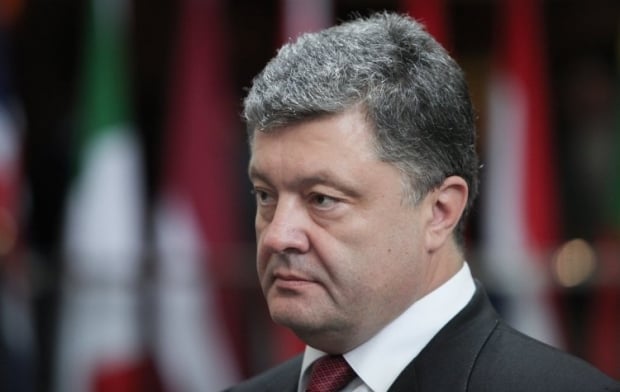 "We were assured that the issue of Syria cannot be mixed with the issue of Ukraine," as stated by the President.

"Requirements on de-escalation of the conflict, withdrawal of Russian troops from the occupied territories of Donbas and liberation of Crimea have been raised at every meeting," Poroshenko said.

According to the President, the parties coordinated positions on the eve of the meeting in the Normandy format that will be held on October 2 in Paris.

The President emphasized that the position on sham elections in Donbas remained unchanged - fake elections pose a serious threat to the Minsk process.

Read alsoPoroshenko, Cameron: Fake elections in Donbas undermine Minsk agreementsSpeaking of the veto right of permanent members of the UN Security Council, the President said that the given issue was widely discussed at the General Assembly.

"Today, veto right virtually provides a license to kill," the President noted. According to Petro Poroshenko, the number of states supporting the given position is increasing.

The President is confident that all permanent members of the UN Security Council, except Russia, will agree to abolish the veto right in cases like the annexation of Crimea or the MH17 tragedy.