Poroshenko about Putin's statement: "Cool story, but hard to believe!" 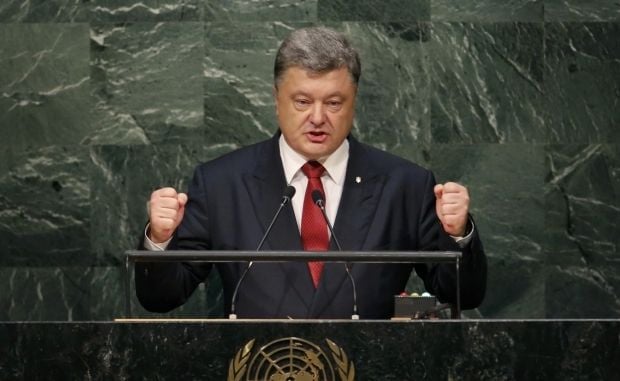 "In the past few days, we've heard conciliatory statements from the Russian side in which, in particular, it called for the establishment of an anti-terrorist coalition, or warned of fire danger to flirt with terrorists. Cool story, but really hard to believe!" Poroshenko said during the general debates of the 70th session of the UN General Assembly in New York on Tuesday.

"How can you urge an anti-terrorist coalition – if you inspire terrorism right in front of your door? How can you talk about peace and legitimacy – if your policy is war via puppet governments? How can you speak of freedom for nations – if you punish your neighbor for his choice? How can you demand respect for all – if you don’t have respect for anyone?" he wondered.