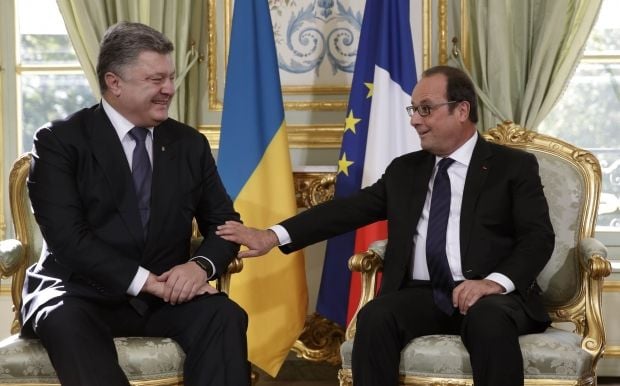 The program of the visit includes a bilateral meeting with Hollande at the residence of the French president in the Elysee Palace.

According to an UNIAN correspondent, German Chancellor Angela Merkel landed in Paris 15 minutes before the Poroshenko's arrival.

Earlier, the meeting of French President Francois Hollande and Russian President Vladimir Putin took place behind closed doors ahead of upcoming talks in the "Normandy format."