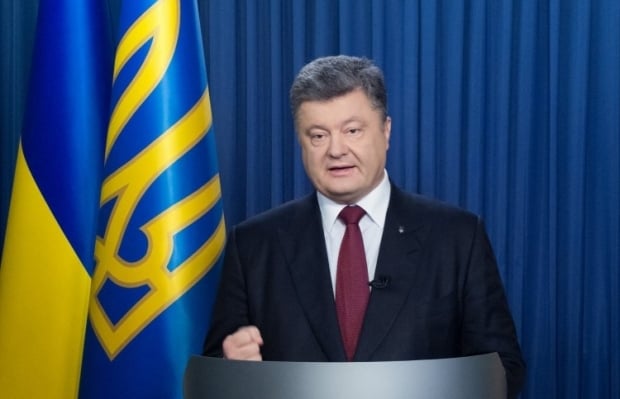 "We cannot deprive IDPs of the right to elect their local government in Donbas. We also must ensure participation of Ukrainian parties and restore comprehensive Ukrainian television and radio broadcasting in the occupied territories," Petro Poroshenko said in his Sunday night address to the nation.

"Without elections in the occupied territories, political settlement will get to a dead end," the President said.

Read alsoPoroshenko: If we lose the chance to return Donbas, nobody in the world will talk about the return of CrimeaThe Ukrainian President also emphasized the necessity of internal unity and consolidation of Ukrainians as the Kremlin is trying to move confrontation inside Ukraine. When the entire world united in order to support Ukraine,

Read alsoPoroshenko pledges dramatic raise in wages for Ukrainian troops in 2016“We need internal unity as never before. Only consolidation of society will help overcome the external enemy," Poroshenko said.