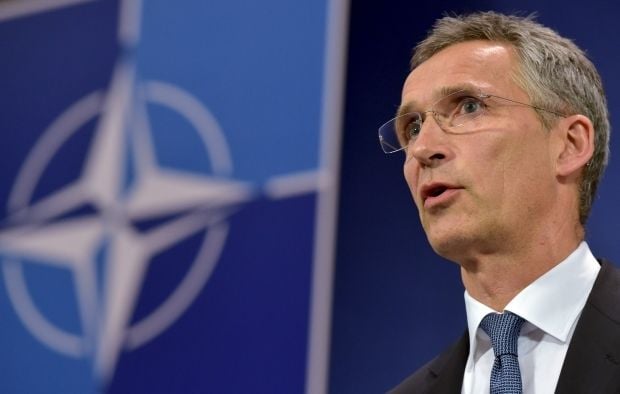 "The crises in Syria and Ukraine underline the importance of what NATO is doing. Increasing our ability to protect our Allies, to reinforce and to deploy," he said at the NATO Parliamentary Assembly in Stavanger, Norway, on Monday, October 12.

"We are also concerned about Russia's current actions in Ukraine and most recently in the Middle East. About its unacceptable violation of Turkish and NATO airspace. And about Russia's substantial military build-up, its air strikes and its cruise missile attacks," he said.

In his words, a political solution is needed more than ever. "We fully support and encourage all efforts by the UN and others to find a negotiated settlement to the conflict in Syria. We also need a peaceful and negotiated solution in Ukraine," he said.

"I am encouraged that the ceasefire is holding in the eastern Ukraine. That heavy weapons are being removed, and that the announced elections outside the framework of Ukrainian law have been postponed," he added.

Yet, he notes, the situation remains fragile. "Russia has a special responsibility as it continues to support the separatists in Eastern Ukraine," he added.

Stoltenberg also called on Russia to play a constructive role in the anti-ISIS campaign.

"Russia should play a constructive role in the fight against ISIL [also known as Islamic State, or ISIS, or Daesh]. To support the Assad regime is not constructive. It is only prolonging the war," he said.