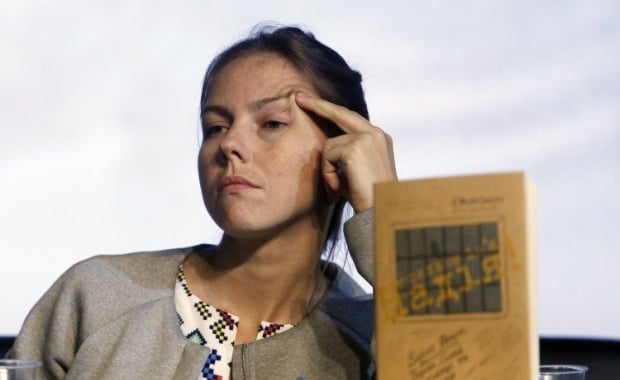 "[We're] returning to Ukraine. At the Chortkovo-Milovoye check point on the border with Russia, a border guard told me, Vira Savchenko, that a ban on travels to Russia has been introduced until September 1, 2020… This is an initiative by the [Russian Federal Security Service] FSB. This is what a Russian border guard told us," Vira Savchenko wrote on Facebook on Tuesday.

"What about a court hearing? I'm a witness in court in my sister's case. Perhaps the FSB will also impose a travel ban on [Igor] Plotnitsky [a leader of the self-proclaimed Luhansk People's Republic, who is said to have been among those who captured Nadia Savchenko in mid-June 2014 and transferred her to the FSB]," she wrote.

Mark Feygin, one of Nadia Savchenko's lawyers, in turn tweeted that Part 1 of Article 27 of the Russian Law "On Exit and Entry..." regarding a threat to national security may have been a probable reason for the travel ban. He also assured that he was going to appeal against that decision.

"The only thing they could do more is to bar Savchenko's mother from entering [Russia], deprive Polozov and Novikov of lawyers' status, imprison Feygin, and trumpet the triumph of justice," the lawyer said.

In his words, Savchenko's defense will make a special statement at court hearings on Thursday, October 15, regarding the ban imposed by the FSB on Vira Savchenko's entry into Russia.