Ukraine may return to issue of UN peacekeepers in Donbas: Poroshenko 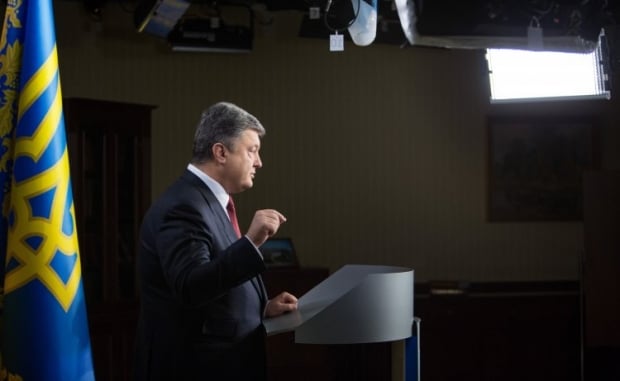 Poroshenko does not exclude escalation of Donbas conflict / Photo from UNIAN

"Despite truce, the situation is still very far from peace, and the conflict may escalate at any moment. To stabilize the situation, I do not exclude, especially if the provisions of the Minsk agreements are not implemented according to the agreed schedule, we can go back to the need for proposing to deploy the UN peacekeeping forces in Ukraine," he said.

Poroshenko said that it is the United Nations Securty Council which takes decision on deploying pecekeepers.

"It’s more effective to defend the country’s position if this state is a member of the United Nations," the president said.

Read alsoNo elections under muzzles of Russian guns: Yatsenyuk names conditions for Donbas electionsAs UNIAN reported earlier, on February 18, 2015 at a meeting of the National Security and Defense Council of Ukraine (NSDC), President of Ukraine Petro Poroshenko offered to discuss the issue of requesting the UN peacekeeping forces to be deployed in Ukraine.

He noted that the best format for Ukraine would be deploying an EU Police Mission.

On February 18, the NSDC decided to apply to the UN and the EU to deploy an international peacekeeping and security mission in Ukraine. The NSDC said the UN peacekeeping mission shoud be deployed along the contact line in Donbas and uncontrolled parts of the state border with Russia.