The European Union called the local elections held in Ukraine on October 25 “another important step” in democratic consolidation, according to a statement by Federica Mogherini, High Representative of the Union for Foreign Affairs and Security Policy, an UNIAN correspondent in Brussels reports. 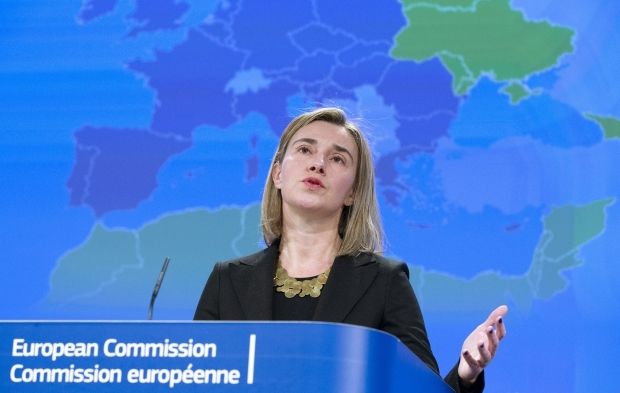 “The local elections held in Ukraine on Sunday are another important step in the consolidation of the country's democratic governance, following the presidential and parliamentary elections of last year,” reads the statement.

As stated in the OSCE/ODIHR's preliminary report, the elections were competitive, well organized overall and the campaign generally showed respect for the democratic process.

“Nevertheless, additional efforts are needed to further enhance the integrity of and public confidence in the electoral process,” said Mogherini.

Read alsoOSCE/ODIHR: Elections in Ukraine in line with international standardsThe EU official also said, the international observers “stressed that the elections took place in a challenging political, economic, humanitarian and security environment, characterized by the illegal annexation of the Crimean peninsula by the Russian Federation and the temporary control of parts of the territory of the Donetsk and Luhansk regions by illegal armed groups.”

“This made it impossible for more than 5 million voters in these areas to vote. The holding of elections was not possible for security reasons in some government-controlled territories of the Donetsk and Luhansk regions,” reads the statement.

Read alsoPolish observers: most peaceful elections ever in Lviv and OdesaThe EU noted that the “elections were not held in Mariupol, Krasnoarmiisk and Svatove. Elections in these cities should be held as a matter of priority to ensure citizens can also exercise their voting rights.”