Ukraine has opened criminal proceedings against former Italian Prime Minister Silvio Berlusconi for visiting the Russian-occupied Ukrainian territory of Crimea, MP, member of the Ukrainian delegation to PACE Heorhiy Lohvynskiy said at a press conference in UNIAN on Friday. 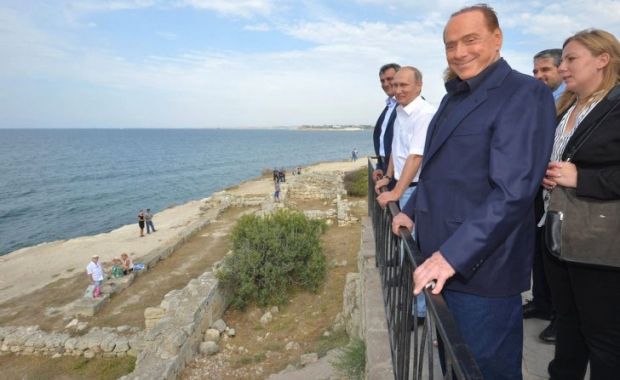 Lohvynskiy also recalled illegal Crimea visit by a delegation of French deputies. The French officials were later handed notifications of suspicion of committing a criminal offense.

Read alsoFrench MPs visit Crimea despite condemnation"As of today, we have information about another two delegations from Serbia and Germany. We have already sent an appeal to the SBU requesting to open criminal proceedings against them," he said.

Read alsoUkraine brings action against French parliamentarians for visit to CrimeaIn turn, Crimean Tatar leader, Ukrainian presidential envoy for Crimean Tatar People's affairs, and Ukrainian MP from the Bloc of Petro Poroshenko Mustafa Dzhemilev said that "some officials, including members of the European Parliament, members of the Parliamentary Assembly of the Council of Europe and some politicians, yielding to the entreaties of the Russian side, had grossly violated the territorial integrity of Ukraine to solve their problems, visited the occupied territories without Ukrainian permission, and made statements in favor of the Russian Federation."