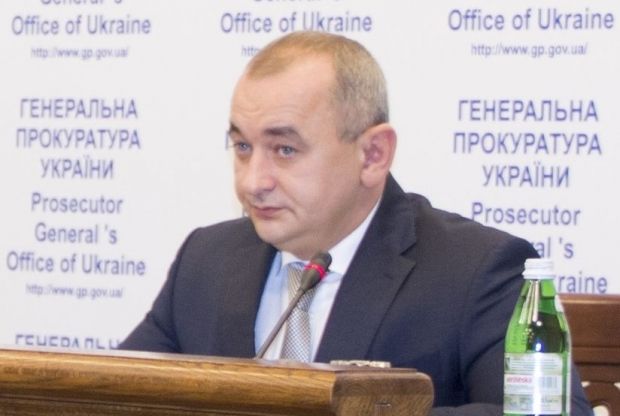 Matios says the shooter made three shots / Photo from PGO

"The investigators think that the shooter and those who hired him knew how all things and objects are located [in the room] and were aware of the whereabouts, personal presence of the prosecutor general there, as the shots were fired at close range in an attempt to hit the torso or head," Matios said.

He also said that the shooter had made three shots.

"Only the fact that the glass was bulletproof actually made it possible to avoid lethal shots,"  he added.